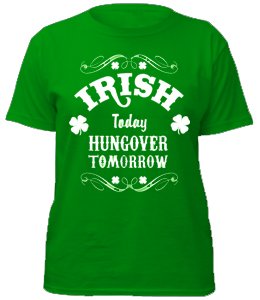 The Ancient Order of Hibernians denounces the defaming stereotypes targeting people of Irish heritage being promoted by merchandise sold by Amazon.com. Many of these items contemptibly conflate Irishness with drunkenness and promote a glorified image of binge drinking targeting young people.  A small sampling of the items being sold includes:

“We are appalled that Amazon, which regularly markets itself as a modern 21st century innovator, is promoting the bigoted 19th century stereotypes of Thomas Nast and the ‘Know Nothings.’   Amazon lists as part of its prohibited products policy “products that promote or glorify hatred, violence, racial, sexual or religious intolerance or promote organizations with such views.”  These Amazon products that perpetuate bigoted clichés and tropes directed at people of Irish heritage certainly exceed Amazon’s prohibited products guidelines; we ask why then are they permitted for sale at Amazon? We do not believe that Amazon would allow the sale of a product emblazoned with “_____ TODAY HUNGOVER TOMORROW” if that blank was filled in by any other ethnic group so why is it acceptable when the object of the defamation is the Irish? The Hibernians ask why Amazon continues to promote merchandise targeting Irish Americans with negative stereotypes of “Drunken Paddy” that share the same bigoted 19th century origins and motivations as the minstrel show’s “Mr. Interlocutor”?

The Hibernians also note that in addition to promulgating defaming messages targeting Irish Americans, these products also glorifying irresponsible drinking and appear to target a young, perhaps underage, audience.  We question why Amazon would want to associate themselves with such dangerous and irresponsible behavior.  One only has to look at our society’s struggles with the problems associated with irresponsible drinking, from auto fatalities to date rape, to realize that promoting being drunk as a subject of humor is unconscionable and irresponsible.

The Ancient Order of Hibernians calls for the immediate removal of these defaming items immediately and for a public apology from Amazon be issued to all Irish Americans.  The Ancient Order of Hibernians calls upon its members and all who believe that in the 21st century there is no place for demeaning ethnic based stereotypes nor the glorification of drunkenness and binge drinking to sign their petition at Change.Org (https://www.change.org/p/amazon-com-stop-the-sale-of-defaming-merchandise-targeting-irish-americans-by-amazon).