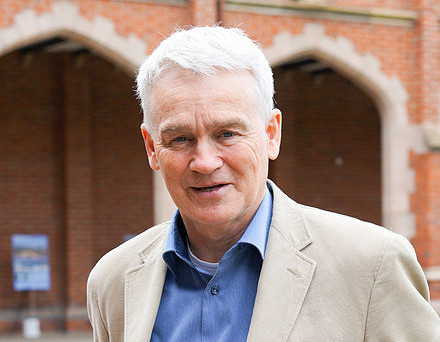 Forty years ago, seven Irish Republican political prisoners were in the midst of a 53 day Hunger Strike against British torture and a strategy to brand them as common criminals rather than political prisoners. Britain’s decision at the end of that Hunger Strike, to intensify efforts to break the H-block prisoners rather than compromise, triggered the 1981 Hunger Strike transforming Irish politics and its American dimension. Hibernians will host a special live webinar broadcast ‘Hunger Strike 1980’ on Saturday December 5th featuring key perspectives from inside the Hunger Strike, from the campaign on Irish streets, and from the crucial battle for American public opinion.

One of the 1980 Hunger Strikers Tommy McKearney, will be joined by former H-Block Blanketman now MLA Fra McCann, and political commentator Andree Murphy. America’s oldest and largest Irish organization, the Ancient Order of Hibernians and Ladies Ancient Order of Hibernians, will host the live webinar broadcast, with Hibernians across the United States joining, led by National Presidents Danny O’Connell and Karen Keane. The event will begin at 4pm in Ireland, 11am in New York, to accommodate American time differences.

Fra McCann will discuss his personal experiences on the protest begun by his close friend Kieran Nugent, and how he and other H-Block prisoners were sent to America in the crucial battle for American support against the massive resources of the British government.

Political commentator and journalist, Andree Murphy, will speak about Britain’s efforts against the campaign, including the assassination of leaders of the H-Block-Armagh Committee, the widespread use of plastic bullets against marchers, and news censorship.

‘Hunger Strike 1980’ follows last month’s program on ‘Plastic Justice’ which was not only joined by large numbers of AOH and LAOH members across the United States, but was also watched by viewers in Ireland and Irish American organizations like Irish Northern Aid and the Irish American Unity Conference. We invite and welcome everyone to join Hibernians as we use new technologies to bring important speakers from Ireland to you at this crucial time”.

Please donate to this year’s CHRISTMAS APPEAL. Together we can make a difference.All checks must be made out to “Ancient Order of Hibernians”. Payments should be sent to AOH-FFAI PO BOX 904 JEFFERSON VALLEY, NY 10535. 2020-21 Appeal Pledge FromDownload 2020-21 Freedom for All Ireland … END_OF_DOCUMENT_TOKEN_TO_BE_REPLACED

A Report on the use of Plastic and Rubber Bullets in Ireland The Ancient Order of Hibernians was honored to host a virtual release of the “Plastic Justice Report” prepared by Relatives for Justice, Belfast. The report was broadcast on YouTube on Saturday, October 24 at 4 pm Local time in Ireland, … END_OF_DOCUMENT_TOKEN_TO_BE_REPLACED

The Statue of Justice erected at Dublin Castle during British Imperial Rule. The decision not to prosecute Soldiers involved in Bloody Sunday confirms again that British justice in Ireland is to look to the sword and not the scales of fairness.(Image by Alberto Sanchez from Pixabay) Ancient … END_OF_DOCUMENT_TOKEN_TO_BE_REPLACED

More Posts from this Category