As National Immigration Chair of the Ancient Order of Hibernian in America Inc., I welcome the appointment of the first ever US based Irish Senate member to represent Irish Immigrants abroad, Billy Lawless.
Billy Lawless, a Chicago based, Irish born business owner and recent US citizen will represent the interests of the Irish abroad. Mr. Lawless is a tireless advocate for Irish Immigrants, and as such, an ally of the AOH in our work on the issue.
Celine Kennelly, President of the Coalition of Irish Immigration Centers has stated that US based Irish immigrant advocates have waited and fought for such a representative for many years. She also points out, there are only a handful of people that, those of us who work on this issue every day would feel, are qualified for this appointment. Lawless is beyond a doubt the perfect representative and, as we have all along as a fellow advocate, we look forward to working with him in this new position.
Billy Lawless is not the first US Citizen represent Ireland. Let’s not forget, Eamon deValera was a native US citizen. Europe and other parts of the globe continually benefit from US citizens participating in  government, particularly since World War 2.
Doctor John Crown, recent Seanad member (2011 -2015) is USA born citizen and the son of a formerly undocumented Irish immigrant cab driver  turned successful business owner. Dr Crown is a renowned oncologist and dual citizen of US/Ireland, working and living in both countries.
Dr Crown is widely respected and has shared his expertise with both countries and particularly as a member of the Seanad.
Billy Lawless will no doubt, do the same for us all, given his life experience as an Irish immigrant who has become became a successful restauranteur and dual citizen of America and Ireland. Mr Lawless, I can attest is proud to be a US citizen and with a love for these two countries and our people will bring that important perspective to the Seanead.
For folks in the trenches of immigration reform, or any long fight, its sometimes hard to recognize a win when we get one.
In Billy Lawless appointment, we have a great friend and ally in our fight for Irish Immigrants. Let us congratulate Billy and all who’ve worked long and hard to get such a US based Immigrant representative installed in Ireland’s political structure.
Yours in our Motto of Friendship, Unity and Christian Charity
Dan Dennehy
Chairman
Ancient Order of Hibernians In America Inc.
National & New York State Immigration Committee 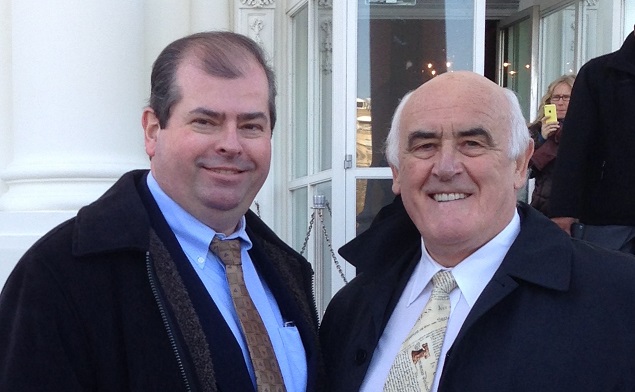