From the Desk of President McKay 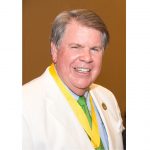 This is the first of what will be a monthly “AOH UPDATE” touching on some of the key issues we face in a timely manner. Within these updates we hope to address issues pertaining to all facets of the AOH. This inaugural update includes an article on Brexit from our political education chairman as well as an article from Catholic Action.

Because of the recent developments in Ireland regarding the exit of Britain from the EU, I have formed an ad hoc committee entitled the “Border Elimination Committee”.  I have appointed Seamus Boyle as the Chairman with the following committee members: Neil Cosgrove, Paul Gowdy, Ned McGinley, Joe Roche and Brendan Moore.  The committee will be asked to follow the events in Britain and Ireland on the London government’s decision to erect borders separating Ireland from the occupied Counties in the North.  The National Board would like the committee to monitor the situation and be ready to speak out against the erection of hard borders and be a voice for not only the Irish in America but also the Irish everywhere.  The committee will not only keep the National Board abreast of the developments as a result of Brexit, but also our Noble Order with both articles in the Digest as well as e-mail blast when it is appropriate.  If the AOH is to be a voice of the Irish in America, then we have to be prepared to inject our opinions at all levels.
AOH UPDATE – BREXIT

Our Catholic Action piece looks at the Catholic Churches affected by the Louisiana flooding, the world day of prayer for the care of creation and Saint Teresa. Please take the time to read these articles and share them with other members and friends of our Irish Catholic Community.
AOH UPDATE – Catholic Action