The 33rd annual Hibernian Lecture featured author and poet Thomas Lynch. His lecture on September 9, addressed the poetry and recent deaths of Dennis O’Driscoll and Seamus Heaney. Some of the Hibernians in attendance are shown here with the Lecture. 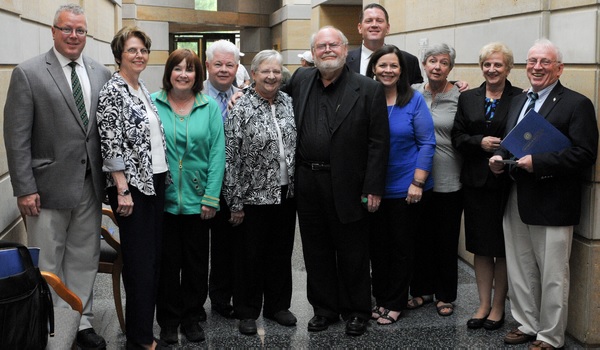 From the left are Danny O’Connell, Carol Sheyer, Maureen Shelton, Jere Cole, LAOH national President Patricia O’Connell, Thomas Lynch, Denny Parks, Sandi Swift, Mary Conlon, Mary Ann Lubinsky and Ned McGinley. Each year the Cushwa Center of Notre Dame invites one or more distinguished scholars to deliver a public lecture on some aspect of the Irish experience. In addition, the Hibernian Endowment occasionally supports other lectures at Notre Dame that pertain to the Irish experience in the United States.

Lynch, a funeral director, is the author of five collections of poems and four books of essays. His work has been the subject of two film documentaries: PBS Frontline’s The Undertaking (2007) and Learning Gravity (aka the Undertaking) (2008).

He has taught with the Department of Mortuary Science at Wayne State University in Detroit, with the graduate program in writing at the University of Michigan, Ann Arbor, and at Candler School of Theology, Emory University, Atlanta. He is a charter member of the faculty of the Bear River Writers Conference at Walloon Lake in Michigan.

Thomas Lynch’s essays, poems and stories have appeared in The Atlantic and Granta, the New York Times, the New Yorker, Poetry, the Paris Review, and elsewhere. Learn more at       thomaslynch.com. 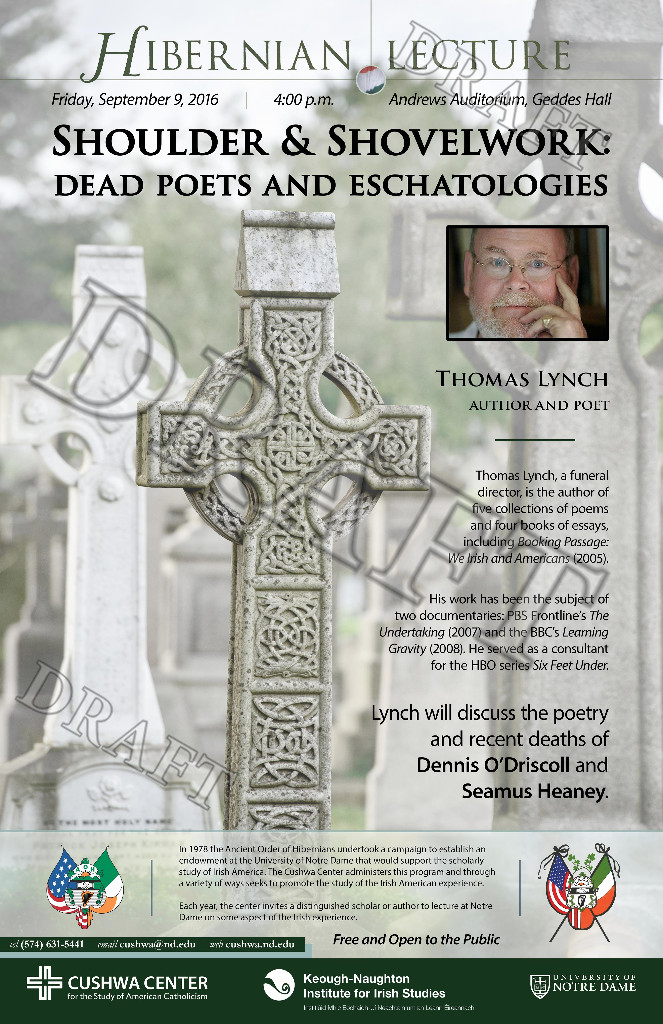