The Ancient Order of Hibernians wish to acknowledge and commend the response of Jeopardy! and the show’s host Alex Trebek in acknowledging and responding to concerns over perceived defaming remarks targeting individuals of Irish heritage during the 10.18/16 show. 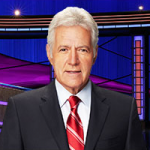 “On the evening of 10/21/16 as the National Anti-Defamation chair of the Ancient Order of Hibernians I received a call from Mr. Alex Trebek of the show Jeopardy! regarding the comments he had made during the contestant interview section of the show aired on 10/18/16. At that time, Mr. Trebek queried contestant Shannon Dilmore on his Irish connection given his first name of “Shannon”. Mr. Dillmore stated he had visited all 26 Counties of the Republic of Ireland and has hill walked all of its highest peaks. It was at this point Mr. Trebek asked Mr. Dillmore “Were you sober when you did it?”.

Given the sad history of the negative stereotype of “Drunken Paddy”, a creation of bigotry and a tool of marginalization used to justify imperial policy in Ireland and discrimination in America, many Irish Americans understandably took offense to this comment. Multiple members of the Ancient Order of Hibernians reached out to me as the National Anti-Defamation Chair to express their indignation. Our Hibernian Oath calls us to “not countenance any performance that may reasonably be interpreted as caricaturing or debasing the Irish people, whether in public or in private, in song, recitation or story, on the stage or on the screen”. In fulfillment of that pledge, the Order issued a statement condemning the comment by Mr. Trebek and called for an apology.

In our conversation, Mr. Trebek stated his interview comment was never intended to draw any inference between inebriation and the Irish character. He stated the point of departure for his comment was strictly the contestants’ youth and that young men of all backgrounds usually take on unorthodox challenges as the result of dares in the company of other young men while good naturedly carousing. Mr. Trebek stated it was strictly in this context that he meant to frame his remark. However, Mr. Trebek stated, and we give him great credit, that he went back and reviewed the tape of the interview. He noted while viewing the playback that when he asked the question he did so with a lilt in his voice which he volunteered could be construed as emulating an Irish brogue. Mr. Trebek stated while it was never his intent to offend anyone, in viewing the tape he certainly could see how the comment and the delivery could combine to give a connotation he had never intended to convey and for that he was truly sorry. Mr. Tebek stated that the show in question had been taped months before and that Jeopardy! production is currently in hiatus making an on-air apology not possible; thus he was reaching out to personally express his regret for the unintended offense.

We commend Mr. Trebek for taking the time to listen and respond to our concerns. It would have been very easy for the show’s producers to ignore the issue or have an anonymous staffer give a carefully nuanced statement dismissing the issue. The fact that Mr. Trebek reached out personally to express his regrets for the unintentional offense given we believe betokens his sincerity as well as his integrity.

It is a rare person indeed who has not at some point said something inappropriate and given offense where none was intended. In taking the time to offer a personal apology, the regard which Mr. Trebek and Jeopardy! are held has been justified and we commend them both for acknowledging and rapidly seeking to make amends.”