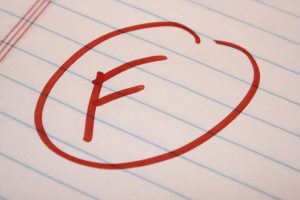 In his Newsweek article “Why Are All the Conservative Loudmouths Irish-American?”, Professor Van Gosse of Franklin & Marshall College gives us a textbook example of “Confirmation Bias”. Confirmation Bias is defined as “the tendency to interpret new evidence as confirmation of one’s existing beliefs”. In the trappings of academic scholarship, Professor Gosse instead gives us a window into his own and, by its publication, Newsweek’s offensive preconceptions towards Irish Americans.

As a professor of history, one has to wonder how Professor Gosse would grade a paper from one of his students if they similarly cherry picked facts to support a hypothesis. First, let us dispense with Professor Gosse’s self-indulgent ad hominem of “Loudmouths” (designed no doubt to generate mouse clicks and Facebook shares for himself and Newsweek) and agree that this is a subjective label for commentators Professor Gosse disagrees with. With that smoke removed, we can clearly see how flawed Professor Gosse’s thesis is. Rather surprisingly for someone who implies progressive credentials, Prof. Gosse appears to have blatantly excluded women commentators, whether Irish American or not, from his analysis. Prof. Gosse also egregiously omits progressive analysts of Irish ancestry such as Lawrence O’Donnell, Bill Maher and Chris Matthews among others as they would undermine the conclusion he wishes to arrive at. Prof. Gosse’s thesis reaches the depths of absurdity when he asks the rhetorical question “Why have these white men come to the fore, rather than a more multicultural Catholic cohort —a Pole, an Italian, a German, and so on?” Apparently Prof. Gosse is unaware of Laura Ingraham (Polish), Andrew Napolitano (Italian) and Glenn Beck (German). Saul Bellow observed “A great deal of intelligence can be invested in ignorance when the need for illusion is deep”; like a substandard carpenter with only a hammer, Prof. Gosse only sees nails.

Prof. Gosse concedes that he writes “at some distance from Irish America”. He should note that when one makes observations from “some distance” one tends to misinterpret what one sees. Prof. Gosse clearly over estimates his vision when he writes “Irish-Americans are very different from the Irish-in-Ireland, and often have no sense of themselves as connected to the island and its history. I’ve known dozens of Americans of Irish ancestry, and only a handful felt that connection”. It is incredible that the professor feels that from a sampling of “dozens” of Irish-Americans of his acquaintance he can fashion a sweeping generalization of millions of Americans claiming Irish ancestry. An alternative conclusion would be the professor needs to stop viewing Irish America from afar and get out more. As opposed to Prof. Gosse’s self-selected “dozens”, I can point to 40,000 Irish Americans of the Ancient Order of Hibernians who are very connected to Ireland and its history; a much larger sample set from which to draw a conclusion.

Prof. Gosse’s and Newsweek’s sweeping generalizations of Irish America are nothing more than a 21st century repackaging of the prejudices of Thomas Nast and the Harper’s Weekly of the 19th century for the Internet age. As a community with 33 million members, some Irish Americans can be found to justify any conclusion if one is intellectually disingenuous enough to disregard the remainder. It has been observed that if data is tortured enough it will confess to any conclusion. To justify his beliefs Prof. Gosse not only tortured the data, he disfigured it to the point where it bears no resemblance to the truth. It is nothing more than biased ethnic profiling.

Newsweek owes all of Irish America, irrespective of politics, an apology for giving bias masquerading as scholarship a spotlight. As to Prof. Gosse’s paper, it should be given a grade of ‘F’.