With the recent flood ravaging Nebraska, many charitable organizations have seen a drop in donations as emergency needs caused by the flood have had to take precedence.

In this time of need, the (AOH) Father Flanagan Division of Omaha have recently stepped up to donate more than $5,000 of food to Omaha’s Society of St. Vincent de Paul Food Pantry, which had run out of numerous items including soups, vegetables and canned goods according to John Farnan of the Flanagan Division.

The donation by the AOH included:

• A 6-foot-high pallet of canned tomatoes;

• A 5-foot-high pallet of pork and beans;

• Two pallets of pancake mixes and cake mixes; and

• A half pallet of soups.

Thanks to the generosity of the Hy-Vee Store in Papillion,the Hibernians were significantly able to maximize the value of their donation.

Helping people in need is nothing new for the AOH Father Flanagan Division, as the Division’s donation policy stems back to the Great Famine and hungry Irish ancestors arriving in America. Flowing from its motto –Friendship, Unity and Christian Charity – this AOH Division donates high-quality ground beef each year to help feed the hungry.

This past January the Division donated just short of 2 tons (about 4000 pounds) of 85%/15% and 93%/7% ground beef in one and one and a half pound packages. They do not buy high-fat content beef. Their motto is “If we would not serve it on our table we don’t donate it.” The Food Banks have trouble handling bigger packages so they appreciate that they package their beef at our under 2 lbs packages. 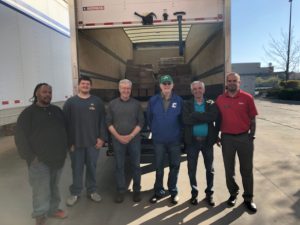 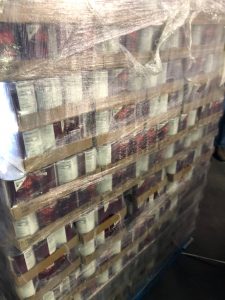 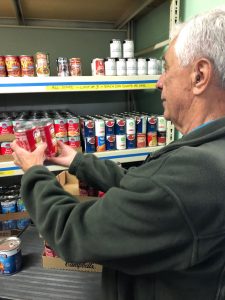 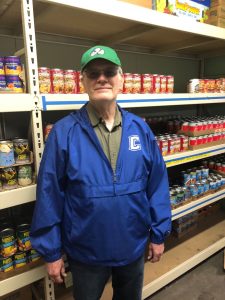 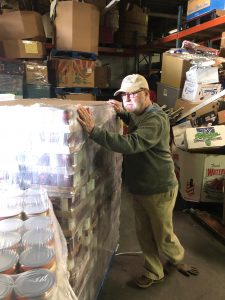