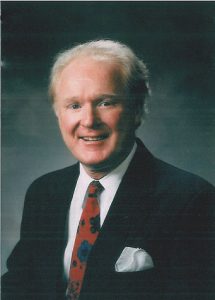 The Ancient Order of Hibernians welcomed the news today that Edward Crawford has been confirmed as Ambassador to the Republic of Ireland. It has been 874 days since there has been a U.S. Ambassador to this oldest of friends to the United States.   The Hibernian’s are heartened by the news that the special relationship between two nations which the exchange of Ambassadors signifies has been renewed.

At this critical moment in history, when Brexit may have profound collateral consequences to the prosperity of the island of Ireland, we believe Mr. Crawford experience as a successful businessman will serve him well as both the United States and Ireland seek to mitigate the collateral damage which Britain’s decision may pose to the Irish people both North and South. We also hope that Mr. Crawford will work with the Dublin government in advocating a fair and equitable U.S. immigration policy and that the Golden Door of Immigration closed to Erin’s children in 1965 will finally be fairly reopened allowing America to once again benefit from the energy and dreams which generations of Irish immigrants have brought to America. Finally, we hope Mr. Crawford will make clear America’s commitment to the Good Friday Agreement and its full enactment, thus allowing its vision of peace for the entire island of Ireland to reach its full potential.