I’m glad to be afforded the opportunity to highlight to great work of one of Maryland’s finest divisions. This past March, the John Barry Division of Annapolis was instrumental in organizing AOH resistance when MD recently tried to legalize assisted suicide. Every indication pointed to this being the year that the MD legislature would pass such a bill. But through emails, letters, calls, and marches these brothers were part of the SUCCESSFUL campaign to defeat assisted suicide for another year. 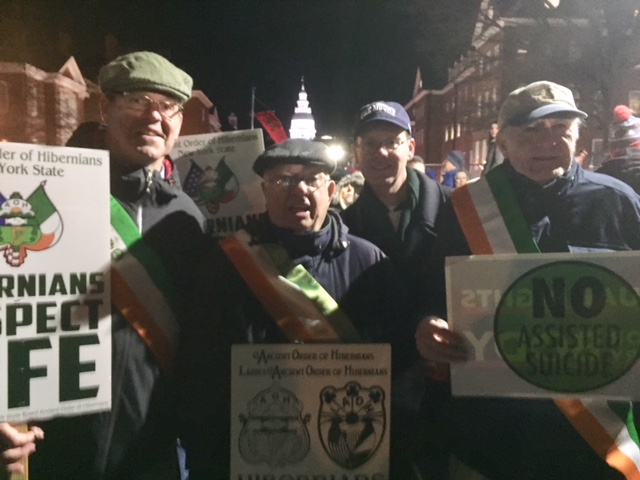 My sincere thanks to the John Barry Division of Annapolis, the Maryland and District of Columbia State Boards, and Hibernians throughout the state for their leadership and active participation. Congratulations all!