As Chair of Catholic Action, I have been careful not to stray too far into the realm of the great work Project St. Patrick has been doing on behalf of all current seminarians, but I want to bring to light the current numbers on our priests from the Center for Applied Research in the Apostolate. 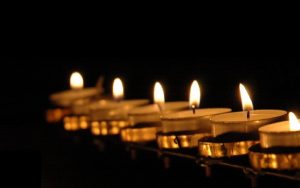 And here is the last statistic, but perhaps the most important: Parishes without a resident priest pastor have gone from 571 to 3,363 in that time.

Brothers, given the current circumstances regarding the priest-abuse scandal and outside influences, the clergy of the Catholic Church is in trouble and the numbers for religious sisters is even more dire.

We Hibernians need to confront this issue head on and be at the forefront of helping young men answer their Vocation if they have one. And we should not restrict ourselves to young men. My own cousin-in-law was widowed several years ago and was just ordained last month.

Let’s put aside the issue of married priests, which we already have, and just talk about what we need to do as Hibernians.

A priest and a friend of the family made it his mission to make sure he asked every young man he knew or even met for the first time if he ever thought about being a priest. When they said no, he always responded, “Well, don’t say no one ever asked you.”

In the coming days and months, I plan to reach out to Brother Vogel, who has done and continues to do an excellent job with Project St. Patrick and see what we can do to help replenish the ranks of the Catholic priesthood.

Thank you, Brothers, for your kind time and God bless you.