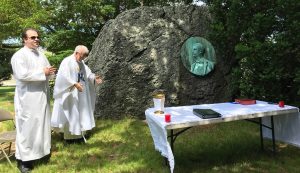 For nearly a half century, the Massachusetts AOH State Board on the third Saturday in June has sponsored the John Boyle O’Reilly Memorial Exercises at the grave of this Irish Patriot in Holyhood Cemetery in Brookline, MA. Annually Brother and Sister Hibernians across Massachusetts, and many from New Hampshire and Connecticut, as well as, the Greater Boston Irish Community gather to honor and remember a man who was one of the most highly regarded immigrants of his time. The Memorial Program begins with a Mass celebrated by the Mass AOH and LAOH State Chaplain, followed by a brief talk on O’Reilly’s life and accomplishments and concludes with a Memorial Wreath placed at his grave. A reception follows the services at the AOH Hall in Watertown, MA.

John Boyle O’Reilly was born in Ireland in 1844 and in 1864 joined the Irish Republican Brotherhood. Two years after joining the Republican Brotherhood, O’Reilly along with other Fenians were arrested by the British. Found guilty later that year by a British Court, he was sentenced to death. This sentence was later commuted to 20 years of hard labor. 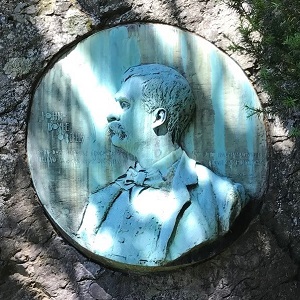 In 1867 O’Reilly was sent to the British Penal Colony of Western Australia. Approximately two years after his arrival there, he escaped with the help of an Irish priest, Father Patrick McCabe and made his way to the United States.

In the United States O’Reilly settled in Boston and became a well-known spokesman for the Irish community as the editor of the Boston newspaper, the Pilot, his writings and lecture tours. He died at his summer home in Hull, MA. in August 1890. O’Reilly’s home in Hull today serves as the site of the town library for the Town of Hull.

John Boyle O’Reilly was originally buried in Calvary Cemetery in Roxbury, MA, His remains were later moved to Holyhood Cemetery. .Holyhood Cemetery was found in 1857 and is the burial site of many well-known Catholic Bostonians, including the graves of Joseph and Rose Kennedy, the parents of our late AOH Brother, President John F. Kennedy. The large boulder on O’Reilly’s grave was transported from Ireland and is approximately 9 feet high and weights several tons.

Interested in attending this event in 2020? Circle on your calendar, June 20 at 11 am. We hope that you are able to join us! 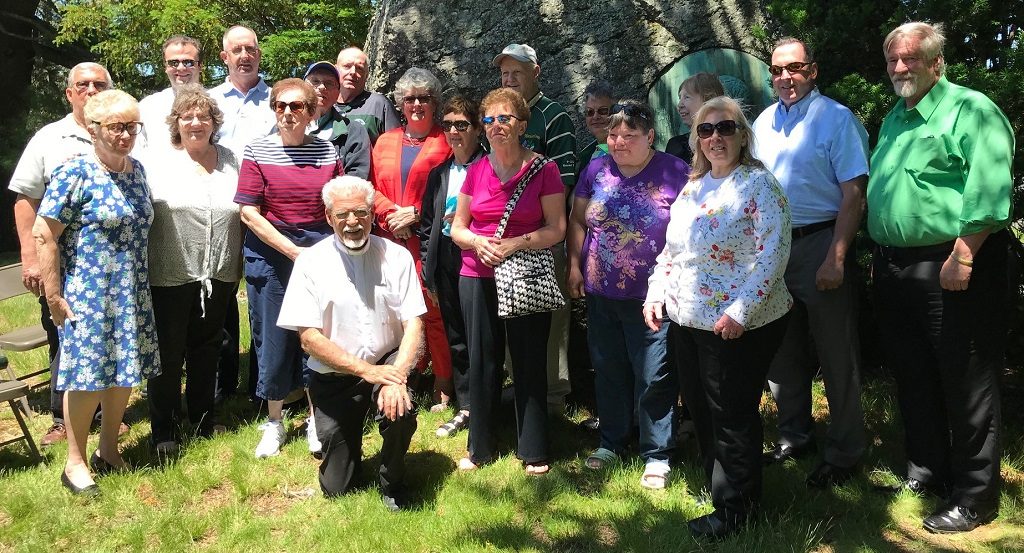 The Brothers of the Ancient Order of Hibernians continue to remember the 18 Hibernians who were killed on 9/11/2001 and pray for all the souls that were lost that day. May they rest in peace.