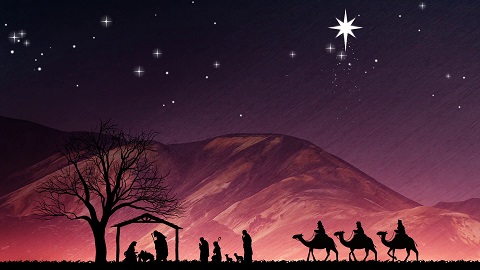 In December we begin a new liturgical year with the first Sunday of Advent (December 1) and pass through the liturgical season of Advent into that of Christmas. Advent represents the time of preparation for the coming of the Savior. The liturgical color, representative of repentance and humility, is violet, except on the Third Sunday of Advent, traditionally known as Gaudete Sunday, when the color rose represents the joy of approaching the Christmas season. The Solemnity of the Immaculate Conception, usually celebrated on December 8, is celebrated this year on December 9, since the 8th is a Sunday. Not all locales are celebrating it as a holy day of obligation. The Christmas season begins with the vigil Mass of Christmas. The liturgical color is white.

One of at least three saintly Finnians, this Irish saint may have been born at Myshall, Carlow, Ireland. He may have spent some years in Welsh monasteries. Later he founded several monasteries in Ireland, including Clonard, in Meath, which for many centuries was renowned for Biblical scholarship. Though often referred to as a bishop, there is not solid evidence of his consecration.

Son of an Irish chieftain, he received a monastic education. On a pilgrimage to Rome, he was consecrated bishop by Pope John IV. Upon returning, he settled at Killaloe and is considered its first bishop.

Probably an Irishman, he was a disciple of St. Columban on the Continent, founded a monastery at St. Ursanne in present-day Switzerland, and evangelized the local people.

The annual March for Life will be held on January 24, 2019, on the Mall in Washington, D.C. If you have never attended, you are missing an inspiring event. Watch the Hibernian Digest and news from your state leaders for information on AOH activities in Washington. Check with local diocesan and pro-life organizations for local observances as well.

–At their November gathering, the U.S. bishops reaffirmed that abortion is a “preeminent” moral issue, an objective moral evil which is non-negotiable.

–Since revealing Planned Parenthood’s involvement in the trafficking of fetal body parts, David Daleiden and his associates have been under fire in several judicial venues. On November 15, a San Francisco jury in a federal civil suit found him and four co-defendants liable for trespass and illegal recording of conversations. Since action was taken under the Racketeer Influenced and Corrupt Organizations Act (RICO)–used for many years against pro-life demonstrators–triple damages were awarded to Planned Parenthood, amounting to $2.2 Million. Daleiden’s legal team has pointed to many questionable aspects of this trial: an alleged conflict of interest on the part of the judge, the fact that the jury was not allowed to see Daleiden’s videos, and other questionable legal maneuvers which occurred. Besides the pro-life issues, they have pointed out the danger this verdict may represent to freedom of the press and investigative journalism. They have expressed optimism about eventually triumphing upon appeal. Meanwhile, Daleiden and Sandra Merritt are facing multiple felony charges in a California state court resulting from the same activities.

–The Pennsylvania Conference of Catholic Bishops has condemned the action of Governor Tom Wolf (D) in his veto of a bill that would have prohibited abortion in the state based solely upon a diagnosis of Down Syndrome. Ohio passed a similar law, but judicial action has halted its enforcement. In Pennsylvania, abortion is legal for any reason up to 24 weeks.

–New rules, issued in May by the Department of Health and Human Services and scheduled to take effect in November, designed to extend conscience protections for health workers who object to abortion, sterilization, and contraception, have been placed under injunction by three different federal district courts in Washington State, California, and New York.

[Sources consulted for this report include: Butler’s Lives of the Saints, complete edition, ed. and rev. by Herbert Thurston and Donald Attwater; 4 vols. (New York, 1956); The Liturgy of the Hours According to the Roman Rite (New York, 1975); The National Catholic Register; ewtn.com; catholic.org; www.priestsforlife.org; catholicnewsagency.com.]

A Merry Christmas to all.