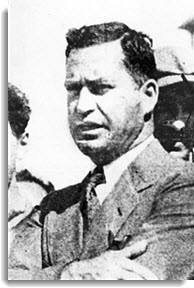 Here are two stories and both are absolutely true – and worth reading!  The first began on 5 September 1893 when a son was born in St. Louis, MO to Irish-American parents Patrick Joseph and Cecilia Malloy O’Hare. Then named him Edward and he grew up to be a successful lawyer. He married Selma Louth who gave him three children: Edward (1914), Patricia (1919) and Marilyn (1924).  In 1927, Edward moved to Chicago in hope of finding a better life. At the time, Al Capone virtually owned the city and was involved in everything from bootleg booze to prostitution. Capone needed a good lawyer and Eddie fit the bill. Nicknamed ‘Easy Eddie’, he was very good at legal maneuvering and keeping Big Al out of jail.  O’Hare and Capone began collaborating in business and to show his appreciation, Capone paid him well and Eddie got special dividends, like a fenced-in mansion in luxurious Holly Hills with live-in help and all the conveniences of the day.

Eddie lived the high life of the Chicago mob and gave little consideration to the crime that went on around him.  He did have one soft spot, however, and that was his son who he loved dearly.  Eddie saw to it that his son had everything he needed from the best clothes to a good education. And, despite his involvement with organized crime, Eddie wanted his son to be a better man than he was. Yet, with all his wealth, there were two things he couldn’t give him – a good name and good example. One day, Easy Eddie reached a difficult decision. To rectify wrongs he had done, he decided to go to the authorities and tell the truth about ‘Scarface’ Al Capone, clean up his family name and offer his son some semblance of integrity. He decided to secretly become an informant for the IRS and it was with his help that the government convicted and imprisoned Capone for income tax evasion. IRS agent Frank J. Wilson called Eddie one of the best undercover men I have ever known.  Eddie testified against Capone, knowing that he was putting himself in harm’s way. In 1939, a week before Capone was released from Alcatraz; O’Hare was driving home in his black 1939 Lincoln-Zephyr coupe. At the intersection of Ogden and Rockwell, two shotgun-wielding gunmen in a dark sedan drove alongside and fired a volley into his car. O’Hare was killed instantly.  He died knowing that he had given his son the greatest gift he could offer – integrity – at the greatest price he could pay. Among his final effects, Police removed from his pockets a rosary, a religious medallion and a poem that read:

‘The clock of life is wound but once, and no man has the power
to tell just when the hands will stop, at late or early hour.
Now is the only time you own. Live, love, toil with a will.
Place no faith in time. For the clock may soon be still.’ 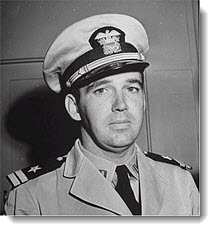 The second O’Hare story occurred years later during World War II – a war that produced many heroes. One such was Lieutenant Commander Butch O’Hare. Heart-to-heart talks with his father, who was fascinated with flying and had even hitched a ride in Charles Lindbergh’s mail plane, inspired Butch to become a Navy pilot. A friend of his father’s, Congressman John J. Cochran, had appointed Butch to the U.S. Naval Academy. He became a fighter pilot assigned to the aircraft carrier Lexington in the South Pacific. On 20 February, 1942, his squadron was sent on a mission. Once airborne, his saw that his crew chief had forgotten to top off his tank. Without enough fuel to complete the mission and return, his flight leader told him to return to the carrier. Reluctantly, he dropped out of formation and headed back. On his return he saw something that turned his blood cold – a squadron of Japanese ‘Betty’ bombers speeding toward the American fleet.

The American fighters were gone on a sortie and the fleet was all but defenseless. Butch couldn’t reach his squadron and bring them back in time, nor could he warn the fleet of the approaching danger. There was only one thing to do. He must somehow divert them from their course. Laying aside all thoughts of personal safety, he dove into the formation of Japanese bombers with wing-mounted 50 caliber’s blazing, attacking one surprised enemy plane after another.  He wove in and out of the now broken formation and fired at as many planes as possible until his ammunition was finally spent.  Undaunted, he continued the assault. He dove at the bombers, trying to clip a wing or tail in hopes of damaging as many of them as possible, rendering them unfit to fly.  Finally, the exasperated Japanese squadron took off in another direction trying to flee this ‘crazy’ American pilot. Deeply relieved, Butch O’Hare and his tattered Grumman F-4F Wildcat fighter limped back to the carrier. Upon reporting in, he related the events surrounding his return. The film from the gun-mounted camera on his plane verified the tale. It showed the extent of his daring attempt to protect the fleet. He had, in fact, destroyed five enemy aircraft and damaged another.  For his heroism Butch O’Hare became the Navy’s first Ace of WWII and the first Naval Aviator to be awarded the Medal of Honor by Congress.

A year later Butch was killed in aerial combat at the age of 29. After the war, on April 19, 1947, 70 years ago this month, Col. Robert McCormick, publisher of the Chicago Tribune, proposed that Chicago’s new airport be named for the naval hero, who had often visited his father in their city. On September 17, 1949, O’Hare Airport was dedicated to Edward H. “Butch” O’Hare.  So, the next time you find yourself at Chicago’s O’Hare International Airport, give some thought to visiting Butch’s memorial displaying a Grumman F-4F, a statue of Butch and his Medal of Honor. It’s exhibited in the west end of Terminal 2 behind the security checkpoint.

Now, what do these two O’Hares have in common?  Butch was ‘Easy Eddie’s’ son!  (Pretty cool, eh!)