The United Irishmen were a group of Catholics and Protestants united for Irish independence who rose in 1798. The English put down the rising with extreme brutality instituting a ‘campaign of frightfulness’, as Seamus MacManus called it, ‘to break the spirit of the Irish that they should never dare to dream of liberty again.’ They even banned the color green which was the symbol of the union of Protestant Orange and Catholic Blue. In retaliation, one young man contacted leaders still at large and planned another rising. He entered an alliance with Napoleon’s minister Talleyrand and planned to … END_OF_DOCUMENT_TOKEN_TO_BE_REPLACED

Any reader of America’s Civil War history knows of the Irish Brigade and their battle cry ‘Remember Fontenoy’, but a true understanding of that emotion is often not given other than to note that it refers to the Irish Brigade in the French Army. To understand it fully we must go back to the origins of the first Irish Brigade in a trade of French soldiers for Irish made in 1690. When William of Orange was invited by a Protestant Parliament to take the crown of England deposing Catholic James II, France's Catholic King Louis XIV favored Stuart King James II in his struggle to regain his throne. … END_OF_DOCUMENT_TOKEN_TO_BE_REPLACED 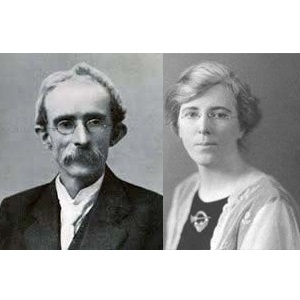 On 3 May 1916, the future of Ireland was decided. It was the day that the executions of the latest generation of patriots began with the deaths of Padraic Pearse, Tom Clarke and Thomas McDonagh. What made it different from the deaths of Tone, Emmet and other patriots was Thomas James Clarke and his wife Kathleen. For Thomas J. Clarke it all began when he was raised in Dungannon, Co. Tyrone and joined the Irish Republican Brotherhood (IRB) at age 20. As a result of his membership he suffered a 15-year imprisonment so brutal that two of his fellow inmates went insane. To maintain his … END_OF_DOCUMENT_TOKEN_TO_BE_REPLACED 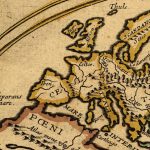 The term Iberian, as used by ancient authors, referred to the peninsula occupied by Spain and Portugal and may have come from the peninsula's second longest river called Iber by the Greeks. Hecataeus of Miletus, an early Greek geographer and world map-maker was the first known to use the term Iberia at about 500 BC. The term also refers to the all the inhabitants of the Iberian peninsula, regardless of ethnic differences (Pre-Indo-European and Celtic). By the 6th century, the Iberians living on the eastern and southern coasts of the Peninsula traded across the Mediterranean and absorbed … END_OF_DOCUMENT_TOKEN_TO_BE_REPLACED 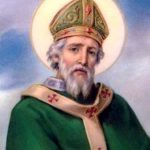 Each year around March 17, the name of St. Patrick appears in every major publication in the civilized world - sometimes with honor and sometimes with scorn - often due to the conduct of those who celebrate his memory at affairs which bear his name. Of the many things written about this holy man, some are true, some misleading, and some false. St. Patrick was Italian; St. Patrick drove the snakes from Ireland; St. Patrick was the first to bring Christianity to Ireland - all of these statements are false! Let’s take them one at a time. Some claim St. Patrick to be Italian because he was … END_OF_DOCUMENT_TOKEN_TO_BE_REPLACED