Please check the current list of Resolution Sponsors on the AOH Website by clicking here If your Congressperson has already signed, contact them to say thank you on behalf of the Hibernians If not, please contact them; below are suggested steps. Please read the suggested script below or determine what you wish to say in your own words before contacting your Congressional Representatives office to ensure that it is crisp and on point when you speak.  You will only have a few minutes and must be focused and on topic. Call your Congressional Representatives Office; the phone … END_OF_DOCUMENT_TOKEN_TO_BE_REPLACED

In a letter to Dr. Robert Mauro, Director of the Irish Institute of Boston College, the Ancient Order of Hibernians take exception with the institute promoting Mr. Trevor Ringland, MBE, as the "Special Envoy from Northern Ireland to the United States" in an upcoming talk at the Universities McMullen Museum on 10/19. The title was conferred on Mr. Ringland by the Government of Boris Johnson in an announcement on June 6th of this year. The letter states: "Precise language and rigor of description are the hallmarks of good scholarship. Therefore, we are gravely disappointed that Boston College … END_OF_DOCUMENT_TOKEN_TO_BE_REPLACED

The Ancient Order of Hibernians (AOH), the largest Irish American organization in the United States, condemns today's announcement by Britain of its plans to create a special statute of limitations for “all Trouble’s Related Incidents” [sic]. A model of British understatement, such “incidents” including the murder of innocent civilians and numerous human rights violations by British forces.  (Photo by Getty Images) The announcement delivered by Northern Ireland Secretary Lewis today has achieved one singular distinction: he has succeeded in uniting and rallying the community of Northern … END_OF_DOCUMENT_TOKEN_TO_BE_REPLACED

(Photo by Charles McQuillan/Getty Images) Daniel O'Connell, National President of the Ancient Order of Hibernians, the largest Irish American organization in the U.S., has released the following statement: After 18,171 days, almost half a century, today's verdict by Mrs. Justice Keegan not only confirmed that the ten victims of Britain's Ballymurphy Massacre were totally innocent but indicts the British who branded them guilty. The verdict clearly demonstrates Britain's real reason for announcing plans for a soldiers' amnesty or cut-off of historical investigations because the crown … END_OF_DOCUMENT_TOKEN_TO_BE_REPLACED 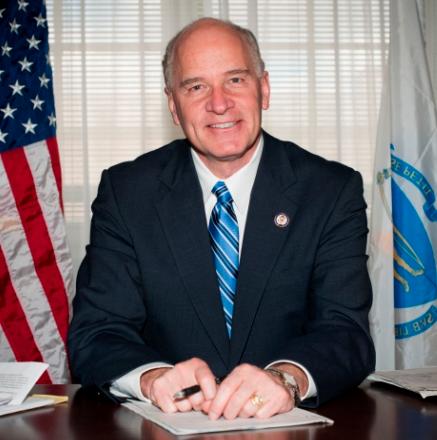 May 4, 2021 The Honorable William Keating2351 Rayburn HOBWashington, DC 20515 Re: May 5, 2021 Hearing on "Reaffirming the Good Friday Agreement. Dear Congressman Keating: We write to you as members of the National Board of the Ancient Order of Hibernians, with membership in all fifty states the largest Irish American organization in the United States, concerning your May 5, 2021 hearing on "Reaffirming the Good Friday Agreement." Given the currents taking place in the north of Ireland, we do not believe that your hearing could be more timely or more needed, and we commend you for … END_OF_DOCUMENT_TOKEN_TO_BE_REPLACED