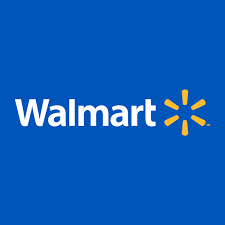 The Ancient Order of Hibernians (AOH) today commended Walmart for their swift response in removing from their web site products that defamed the heritage of Irish Americans and glorified the dangerous practice of binge drinking.  These items, which appeared to be exclusively the products of third party vendors selling through the Walmart site,  included such phrases as “Can’t Regret What You Don’t Remember St. Patrick’s Day”, “Irish, Drunk, Whatever”, “The Four Fathers of St. Patrick’s Day: Jack, Jim, Johnny, Jameson” and others.

In response to a message from the Hibernians, Walmart Vice President Preston Bottomy in an email confirmed the removal of the offensive items.  Mr. Bottomy went on to state that “(Walmart) is initiating a process to prevent similarly offensive products from surfacing in the future; please bear with us as we work through that process” and in the interim reaffirmed Walmart’s commitment to removing any other offensive items that should be found.

Per AOH National Anti-Defamation Chair Neil Cosgrove “We commend Walmart for once again acknowledging our concerns and the concerns of the broader Irish American community.  We note and appreciate the difficulty of policing third party vendors who must bear the true accountability of producing and trying to profit from products denigrating Irish Americans and promoting the 18th century prejudice of the anti-Immigrant “Know Nothings”.  We have reached out to Walmart over the past three years and they have always acted in a thoroughly professional and responsible manner in removing these offensive products when brought to their attention.  Walmart has been an example of corporate responsibility that we would wish other retailers would emulate.”