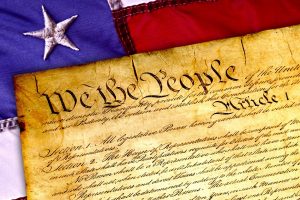 This coming Tuesday, November 6th is Election Day. As the preamble to our AOH constitution notes, one of the purposes of this organization is to encourage civic participation. There is no greater civic duty in a democratic republic than to exercise ones right to vote. As the late Fr. Theodore Hesburgh noted “Voting is a civic sacrament.”

When you vote, irrespective of the candidate you chose, you are sending a message that I am an Irish American and I count

Irish-America out there. That is why it is very important that we as Irish Americans vote and express our conscience. The cold political calculus is that if we do not vote and other groups do then naturally their causes and concerns shall be a priority. When you vote, irrespective of the candidate you chose, you are sending a message that I am an Irish American and I count.

Our ancestors came to this nation to have what they did not have at home in Ireland; an equal voice in their government. In appreciation of that right thousands of Irish Americans have made the ultimate sacrifice for our country. Before any complain of the inconvenience of taking  half an hour out of their day once a year to vote, compare that to the inconvenience of freezing in the snows of Valley Forge, Bastogne, Chosin or sweating in the heat of Guadalcanal, Vietnam, Iraq or Afghanistan.  They were not “too busy” to defend our right to vote, in their honor we should never be “too busy” to exercise that hard won right.

Please take the time to vote and encourage your family members likewise. if you are aware of a Brother or Sister who may have difficulty getting to the polls consider offering them a ride. The “government of the people, by the people, for the people” shall indeed perish from the earth and deservedly so if we our apathetic in our duty to vote.