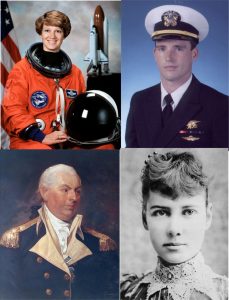 We are a little over a month away from March and Irish American Heritage Month. Recent events have indicated that we as an Order must commit to promoting our Irish American Heritage. It has recently been in the news that two AOH-sponsored parades have been canceled due to their local government’s billing them for services such as security and sanitation connected with the parade. If you will permit me a slight editorial, we are in a sad state indeed when our local municipalities do not see the need to support our communities coming together in positive celebration. Such shortsighted economics where governments do not consider the value of investment in community building through shared participation in our heritages and cultures may explain the growing divisiveness we see in our nation. We are in a sad state if the only marches to be permitted in our communities are marches of protest.

This is why we need to promote greater awareness of our heritage and culture and to reclaim the message of St. Patrick’s Day and promote Irish American Heritage Month. Sadly, too many people view St. Patrick’s Day as something akin to the annual Easter Egg Hunt and Halloween. We as Hibernians know better. St. Patrick’s Day celebration began as a demonstration by Irish immigrants who were believed incapable of making a positive contribution to their adopted nation; Catholics who had divided loyalties and could never be “loyal” Americans. The annual parade of Irish American veterans, police, firefighters, nurses, and educators showed the absurdity of those statements. Sadly, in some quarters, that message is still needed based on recent statements in congressional hearings. At the same time, two hours of a parade once a year is not sufficient to grow awareness of our history or our Order.

As stated before, promoting Irish American Heritage is a natural recruiting platform that will repay any efforts put into it many fold. Every one of us individually and every division can do something:

I close by saying, “Lá fhéile Pádraig sona dhaoibh!” Let us not merely be satisfied in saying we are proud of our heritage, let us show our communities why.