In his obituary, the New York Times describes Martin Sheridan as "one of the greatest athletes the United States has ever known."  While his name may not be as readily recognized today, that assessment still holds true.  Sheridan was born in Bohola, County Mayo, Ireland in 1881, and would later emigrate to the United States.    A giant for his time standing at 6' 3", he was a member of a group known as the "Irish Whales," a group of Irish American Athletes who were also members of the New York City Police Department who dominated the track and field competitions of the … END_OF_DOCUMENT_TOKEN_TO_BE_REPLACED 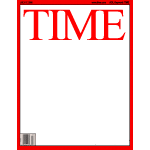 The following article appeared in Time Magazine in their Education Section   In the U. S., the Ancient Order of Hibernians is an association of Irish-born zealots, sensitive to the slightest slight to their kind. In a world preoccupied by other matters, for instance, it frequently appears to good Hibernians that the impact of the Irish on U. S. history is belittled or neglected. In Rochester last week, where the Hibernians of New York State were holding convention, fiery charges were heard that U. S. schoolbooks are unfair to the Irish. "We need a real American history!" shouted … END_OF_DOCUMENT_TOKEN_TO_BE_REPLACED 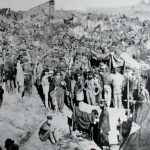 Did you know that an Irish Catholic Priest Rev. Thomas O’Reilly threatened General Sherman with a mutiny by the Irish Catholics in his army if he torched the church district of Atlanta at the start of his infamous march to the sea and that General Sherman backed down and the entire church district was saved, including the City Hall which stood therein? However, Rev. Peter Whelan was just as courageous in another way. Rev. Whelan distinguished himself as a chaplain for the Montgomery Guards, an Irish company established in Savannah for the First Georgia Volunteer Regiment named for America’s … END_OF_DOCUMENT_TOKEN_TO_BE_REPLACED 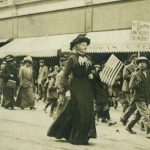 Did You Know that a 72-year-old Irish woman, beloved by millions, was once called the most dangerous woman in America? Her name was Mary Harris Jones, and this feisty little Irish lady was also called the Mother of All Agitators. Born in Cork City, Ireland on 1 May 1837, her family fled the Great Hunger to Canada where she trained as a teacher and dressmaker. In 1861, she married George Jones, an iron molder and union organizer in Memphis, Tennessee. They had four children, but she lost all four and her husband in the 1867 yellow fever epidemic. Determined to survive, Mrs. Jones moved to … END_OF_DOCUMENT_TOKEN_TO_BE_REPLACED

Patrick Gallagher was born in Derrintogher, County Mayo, Ireland, on February 2, 1944. At the age of eighteen, like so many you Irish men and women before him, Patrick immigrated to the United States and the promise of a new life filled with opportunity. He quickly started on the immigrant dream: studying law while working in real estate, even getting involved in local politics as a campaign worker for Senator Robert Kennedy.  In 1966, Patrick was drafted for service in Viet Nam. Despite pleas from a heartsick sister living in the states to avoid the horrors of war by merely returning to … END_OF_DOCUMENT_TOKEN_TO_BE_REPLACED 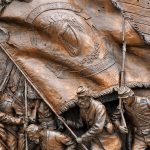 Did you know that the Irish played a major part in the victory on the bloodiest day in American history, the victory that let Lincoln issue the Emancipation Proclamation? It was at Antietam on September 17, 1862, and it was the victory that emboldened President Lincoln to issue the Emancipation Proclamation. Foremost among Union forces was the Irish Brigade led by Irish-born Gen. Thomas F Meagher. Their story is an extraordinary chronicle of military valor in America’s cause; once when President Lincoln visited General McClellan’s Union camp, he lifted a corner of the Irish Brigade Flag, … END_OF_DOCUMENT_TOKEN_TO_BE_REPLACED

A TV documentary on the St. Louis World Fair mentions how John Philip Sousa and his band dominated the entertainment, which included a young John McCormack singing at the Irish Pavilion. It brought to mind a forgotten era when American superstars were not individuals with a current hit record, but band leaders – people with the ability to not only play, but compose, arrange, and lead a musical organization. And, in the beginning, America’s first superstars were the leaders of America’s first bands – her marching Brass Bands and though Sousa was certainly one of them, he was not the … END_OF_DOCUMENT_TOKEN_TO_BE_REPLACED

In the history of the Medal of Honor, the United States Highest award for "conspicuous gallantry and intrepidity at the risk of his life above and beyond the call of duty", only 19 men have been awarded the medal twice. Among them is Marine Sergeant Major Daniel Daly, one of only two marines to receive the Medal of Honor Twice for separate acts of heroism and nominated for a third. Daly was born in Glen Cove, Long Island, New York, on 11 November 1873. He was slight of stature, only 5’ 6" in height and weighing 132 lbs, yet enjoyed an early reputation as a fighter, a reputation he would prove … END_OF_DOCUMENT_TOKEN_TO_BE_REPLACED 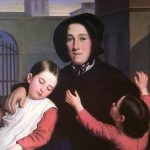 When you visit the beautiful city of New Orleans, be sure to visit the old business part of the city where a statue of a woman overlooks a little square at the corners of Camp and Clio streets.  The woman sits in a chair with her arms around a child.  The woman is nither young or pretty and she wears a plain dress with a little shawl.  She is a bit pudgy and her face is a square-chinned Irish face, but her eyes look at you like your mother's.  It is one of the first statues ever erected in America to honor a woman, for this was a woman unlike any other.   She … END_OF_DOCUMENT_TOKEN_TO_BE_REPLACED

John Joseph Hughes was born on 24 June 1797 in Annaloghan, Co. Tyrone, to a poor farmer. As a Catholic in English-ruled Ireland, he couldn’t even receive a Catholic education. When John was 15, his younger sister, Mary, died and British law barred a Catholic priest from presiding at her burial; the best he could do was to scoop up a handful of dirt, bless it, and hand it to John to sprinkle on her grave. Hughes never forgot that and dreamed of ‘a country in which no stigma of inferiority would be impressed on my brow, simply because I professed one creed or another.’ Fleeing poverty and … END_OF_DOCUMENT_TOKEN_TO_BE_REPLACED

Did you know that the first Gold Medal winner in modern Olympic history was the son of Irish immigrant parents and that Irish athletes dominated Olympic track and field events for the U.S. for the first two decades of the 20th century? The first to win was James Connolly, and he was born on October 28, 1868, in an impoverished section of South Boston. He grew up with a love of sports and when an International Olympic Committee resurrected the ancient Olympic Games to be held in Athens in April 1896, Connolly requested a leave of absence from Harvard to participate and left for Greece. After … END_OF_DOCUMENT_TOKEN_TO_BE_REPLACED 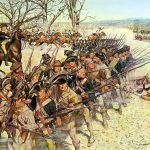 DID YOU KNOW that when America was born, the Irish were there? The Irish, both Protestant, and Catholic, were a major part of Washington’s volunteers from foot soldiers to high ranking officers. When increased Crown exploitation drove the colonists to protest, among the loudest were the Irish who had no great love for the Crown, to begin with. And there were many Irish in America’s colonies. Among them were those who fought the English theft of their Irish lands and ended up hunted men; they were followed by those Catholics and Presbyterians who fled persecution by the Church of England. Some … END_OF_DOCUMENT_TOKEN_TO_BE_REPLACED 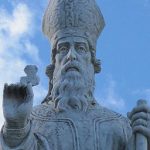 Each year around March 17, the name of St. Patrick appears in every major publication in the civilized world - sometimes with honor and sometimes with scorn - often due to the conduct of those who celebrate his memory at affairs which bear his name.  Of the many things written about this holy man, some are true, some misleading, and some false.  St. Patrick was Italian; St. Patrick drove the snakes from Ireland; St. Patrick was the first to bring Christianity to Ireland - all of these statements are false! Let’s take them one at a time.  Some claim St. Patrick to be Italian … END_OF_DOCUMENT_TOKEN_TO_BE_REPLACED

Kathleen Rita McNulty was born in the village of Creeslough on February 12, 1921, the third of six children of Anne Nelis and James McNulty.  Her father was Commandant of the Doe Battalion of the Irish Volunteers. On the night of her birth, he was arrested and imprisoned in Derry Gaol for two years for his republican activities. On his release, the family emigrated to the United States and settled in Philadelphia, Pennsylvania, where James worked as a stonemason and went on to establish a successful construction business, frequently working with Irish American John B Kelly, the father of … END_OF_DOCUMENT_TOKEN_TO_BE_REPLACED 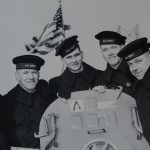 DID YOU KNOW that in the annals of America's heroes, there is scarcely a brighter entry than that of the fighting Sullivan brothers?  Born in Waterloo, Iowa to Railroad conductor Tom Sullivan and his wife Alleta, George, Francis, Albert, Joseph, and Madison grew up the best of friends in the closeness of an Irish family and matured into patriotic Americans. It was no surprise, therefore, that when Pearl Harbor was attacked, the Sullivan brothers headed straight for the nearest U.S. Navy recruiting office. Navy policy discouraged family members from serving together, but the Sullivans … END_OF_DOCUMENT_TOKEN_TO_BE_REPLACED

Michael McGovern was born in the townland of Castlefield, near Williamstown, County Galway to John Govern and Bridget Flynn in October 1847.  We don't know a lot about his early life.  We know that he was educated at a Hedge School. As educating Irish children was often not permitted, secret schools were organized by itinerant teachers.  These schools were usually held outdoors among the hedges; hence they were known as Hedge Schools. McGovern received an education in the basics, including Latin.  He also learned Irish history by the fireside listening to the older … END_OF_DOCUMENT_TOKEN_TO_BE_REPLACED 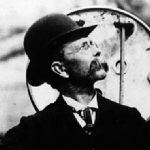 Did you know that an Irishman invented the first modern submarine? His name was John Philip Holland and he was born in Liscannor, Co. Clare, Ireland, on February 24, 1841. He experienced the Irish potato failure suffering poor eyesight as a result. His father was a member of the Coast Guards, and young John inherited a love of the sea. Although his poor eyesight prevented him from following in his father’s footsteps, he developed an interest in ship design. John attended the Christian Brothers School where he came under the influence of Brother Dominic Burke, a science teacher, who encouraged … END_OF_DOCUMENT_TOKEN_TO_BE_REPLACED

The statue of Annie Moore and her brothers at Cobh, Ireland During its period of operation from 1892 till 1954, over 12 million immigrants entered through the immigration station at Ellis Island, a name that was to become synonymous with the “Golden Door” and the “American Dream”. It is estimated that today over forty percent of the United States population can trace their ancestry to an immigrant that entered Ellis Island. On New Year’s Day Morning 1892 on the deck of the steamship Nevada stood three adolescents, Annie Moore and her brothers Phillip and Anthony. They were perhaps … END_OF_DOCUMENT_TOKEN_TO_BE_REPLACED

As an Army chaplain, Fr. Francis L. Sampson saw combat in two wars and earned the nickname of "the Parachuting Padre." His actions during the D-Day campaign would be adapted as part of two major motion pictures, though his actions would be attributed to others. Fr. Sampson was born in Cherokee, Iowa, the descendant of Immigrants from County Cork.  Fr. Sampson graduated from Notre Dame before entering St. Paul's Seminary in Minnesota.  He served briefly as a parish priest.  When the U.S. entered the war, Fr. Sampson sought and was granted permission to join the Chaplain Corps … END_OF_DOCUMENT_TOKEN_TO_BE_REPLACED

Robert Emmet Thomas Emmet in Later Life On the surface, the brothers Thomas Addis Emmet and Robert Emmet were the most unlikely of revolutionaries. They were born (Thomas Addis 1764, Robert 1778) into an affluent family of Ireland's Protestant ascendency. Their father was the State Physician of Ireland; firmly positioning the family as members of the British establishment. Yet the spirit of the enlightenment ran strong in the Emmet family; they were sympathetic to the struggle for independence of the American Colonies during the Revolutionary War and critics of the disenfranchisement … END_OF_DOCUMENT_TOKEN_TO_BE_REPLACED