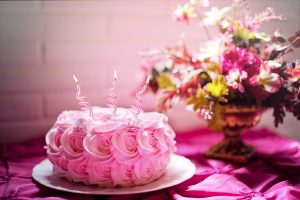 On June 23rd, the Brexit Referendum, the withdrawal of the United Kingdom (UK) from the European Union (EU), celebrated its third anniversary.  To put that in perspective, that was two English Prime Ministers and two Brexit deadline extensions ago.  In this period, the British Conservative party suffered a shocking defeat at the polls and, despite concerns over the impact Brexit  could have on the Good Friday Agreement (GFA) peace process entered into a “Confidence and Supply Agreement” with Northern Ireland’s Democratic Unionist Party (DUP), the only Northern Irish party not to sign the Good Friday Agreement; paying a £1 Bn. “sweetener” to secure the loyalty of their ten DUP parliamentary seats.    Since June 23, 2016, the British pound has lost over 10% of its value (In 2019, that £1 Bn. would likely only buy nine DUP seats).

Now in 2019, we are entering another act (only a cockeyed optimist would dare say the final act) in the Brexit saga.  Polls, and more importantly British bookmakers, have Boris Johnson, the face of brand Brexit, the leading candidate.  Johnson famously and succinctly coined the foundational principle of Brexit: “cakeism”; Johnson stating he was “pro having my cake and pro eating it”.

However, there is a fly in the Brexit cake: Northern Ireland; that little appendage stuck onto Great Britain with an “and” and home to the original “cakeists”: the DUP.  The DUP want Northern Ireland to be part of the Union one day and “Our Wee Country,” where there are exceptions to civil liberties common in the rest of “the Union”, the next.  The DUP effectively torpedoed Theresa May by their persistent rejection of the “Irish Backstop” which would maintain the open border between UK Northern Ireland and EU Republic of Ireland post-Brexit and preserve the two decades of community integration and peace on the isle of Ireland inspired by the Good Friday Agreement.  An EU proposal would have allowed Northern Ireland, while still being part of the United Kingdom, “Special Status” to remain in the EU (thus eliminating the need for an Irish border) while the rest of Great Britain pursued its Brexit dreams.  The proposal would have respected the mandate of the community of Northern Ireland, Catholic and Protestant who rejected Brexit by 56%.  It was as close to “cakeism” as one could get until the DUP began throwing the cake around Westminster in a tantrum of separation anxiety. The DUP’s rejection of this proposal resulted in Theresa May’s need to enlarge the backstop to cover the entire United Kingdom to retain the loyalty of the DUP seats, creating the “Brexit without Brexit” scenario on which her Prime Ministry foundered.

The DUP’s anxiety is based on their belief that “Special Status” may lead to Irish reunification; the DUP would rather suffer the self-inflicted consequences of a hard Brexit as proof of their loyalty to the Union.

The DUP’s anxiety is based on their belief that “Special Status” may lead to Irish reunification; the DUP would rather suffer the self-inflicted consequences of a hard Brexit as proof of their loyalty to the Union.  This is a myopic view in the extreme.  Demographics and even prominent Unionist Leaders such as former DUP First Minister Peter Robinson have already warned that a United Ireland is a demographic and democratic inevitability irrespective of Brexit.  A shambolic hard Brexit and the resulting damage to the Good Friday Agreement’s most celebrated achievement, the Northern Irish economy, will only accelerate the process and risks waking after two decades of Good Friday Agreement peace the fitfully sleeping dogs of violence.  Like Unionist who burned their own homes as they moved from mixed neighborhoods at the start of the Troubles lest Catholics occupy them, the DUP seems intent in going out in a blaze of self-immolated glory while Arlene Foster sings “No Surrender.”

There is one hope to end this combination of Monty Python farce and Wagnerian tragedy: the United States.  Just as Senator Mitchel was able to bring fresh energy and fresh perspective to what seemed to be an interminable state of conflict, US leadership is needed again to break a deadlock in Northern Ireland.   The United States must take Brexit back from the “cloud cuckoo land” of “cakeism” and 19th century Unionism and bring it back to reality.  The US, as a guarantor of the Good Friday Agreement, must make clear that the Brexit end goal of a “huge trade deal” is mutually exclusive to a peace threatening hard border in Ireland; no open border, no deal.  Just as a true friend would take the car keys off a friend who was acting erratically and posing a threat to themselves and others, so too must the United States take the keys to trade deal off the table till sanity is restored in Brexit.