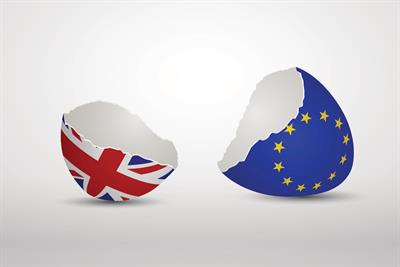 Brothers; the election of Boris Johnson as Prime Minister signals that we are nearing the climax of the Brexit saga. Mr. Johnson has made clear that he intends to take the United Kingdom out of the E.U. by October 31st even if it means a hard Brexit of leaving the E.U. without a deal. The key issue is the “Irish Backstop” which would mean that the U.K. would maintain regulatory alignment with the E.U. until another means was found to maintain the currently notional border between Northern Ireland and Ireland. Mr. Johnson and fellow Brexiters want the “Backstop” provision removed, for despite expending a lot of breath speaking on ‘technological” and other pixie dust solutions to the border they know that such solutions do not exist and they risk being stuck in the Backstop interminably. Their end goal is to put a time limit on the backstop and then simply run the clock.
From an Irish perspective, this raises two key issues:

It is for this reason that the Hibernians are very concerned by a recent letter by Senator Tom Cotton of Arkansas and signed by 44 other Senators that pledged “unwavering support” to the United Kingdom “irrespective of how Brexit occurs”. We have responded to Senator Cotton and his co-signatories stating that “unwavering support” at the cost of the peace and prosperity of Ireland and the U.S. legacy of the Good Friday Agreement is too high a price.

In fairness, we believe that many of the Senators who signed the letter, and many others, still do not appreciate the collateral damage that Brexit will inflict in Ireland. It is here Brothers we ask your support. At this time of year Senators and Congressional Representatives are in their home offices; it is imperative that we take this opportunity as constituents to educate our elected representatives. We will be sending out a template for discussion with your representatives in the next few days.
As Hibernians we have nothing against trade deals, and if the British people wish to leave the E.U. that is their right; however, we oppose seeing the Irish people and a seminal U.S. diplomatic achievement being sacrificed on the altar of Brexit expediency. We cannot support the blank check that Senator Cotton proposes giving Britain in supporting Brexit “however it occurs”. 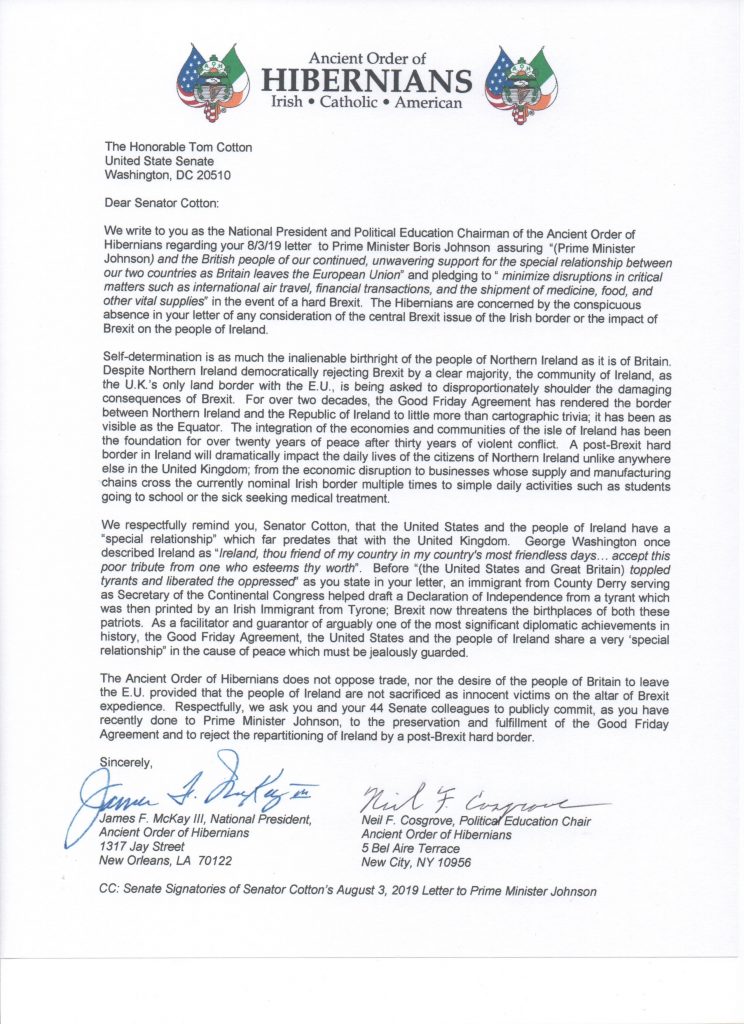