The Ancient Order of Hibernians has always been there to lend a hand to the people of Ireland, Irish Americans and Irish Immigrants who come to America in search of a better life. The Daniel O’Connell O’Donoughue Division 1 A.O.H. of Portland Maine has been following this precept since its founding in 1876 – 143 years ago!

Western Cemetery was established by the Portland City Council in the late 1820’s and was Portland’s main burying ground from 1829 until 1852. Many of those buried there were Irish, since Calvary Cemetery, Portland’s first Catholic Cemetery, was not established until 1858. As time passed fewer and fewer burials took place at Western Cemetery and many of the graves were unkept and some gravestones needed repair.

The Irish American Community and Division 1 AOH of Portland stepped forward in 1997 to establish the Western Cemetery Project. The purpose of the program was to raise funds to repair gravestones and to make the gravesites fitting memorials to those who were buried there.

On August 15, 1999, Division 1 of Portland dedicated their An Gorta Mor Memorial in Western Cemetery, and for the past 20 years a Mass has been celebrated there annually on the third Sunday in August to remember those lost during the Great Hunger and for all those who are at rest in this cemetery.

This year’s Mass was celebrated by Division 1 Chaplain, the Rev. Paul Sullivan SJ, on Sunday August 18. Deacon John Murphy assisted Father Sullivan and Sheila Murphy played the violin and guitar before and during the Mass. Dave McClean played the bagpipes before, during and after the service. 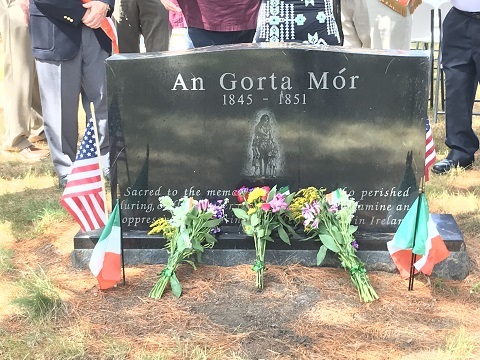 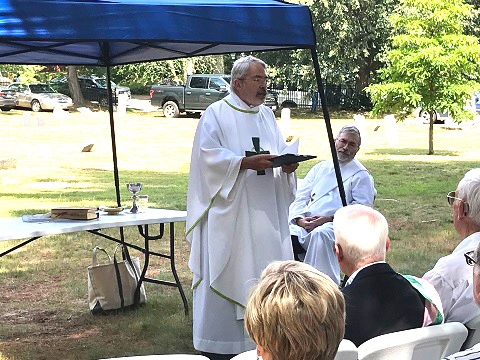 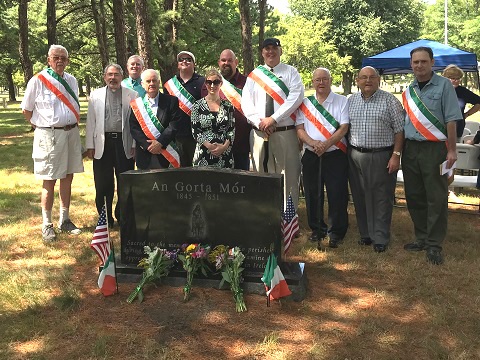 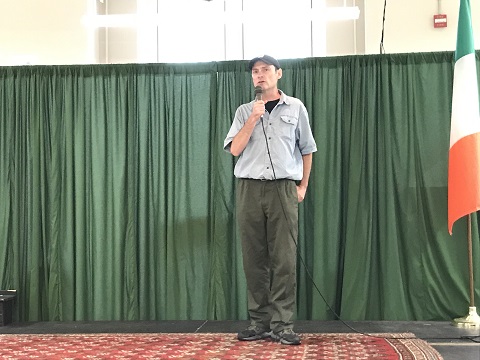