Among the core experiences in the story of St. Patrick, Apostle of Ireland, was his capture and enslavement for six years as a youth. He writes in his Confessio, that he believed his enslavement was a just punishment for having abandoned God. However, we know now that God abandons no one. We human beings are the ones who instead abandon God and bring sin to this earth. The desolation and despair felt by the sixteen-year-old Patrick matches what far too many young people today experience in the most formative years of their lives. The scandals surrounding the sexual abuse of minors and vulnerable adults and their concomitant cover ups have left a wake of anguish and destroyed lives and have undermined the very fabric of Our Holy Mother Church. Those whom Christ called us to protect have instead been exploited and abused by those who pledged to protect them and soiled the good name and work of the majority of priests and religious.

The Ancient Order of Hibernians is an organization with clearly defined principles. We stand for a free and united Ireland and the comprehensive principle of life, and we stand with all children and vulnerable adults who have suffered abuse and failed to receive justice. Christian Charity “comes from God Himself, from our Blessed Savior’s Most Sacred Heart that throbs forever with love for mankind.” It is a “divine love filling the universe with inspiration and with hope.” “Charity of thought, act, and word is the essence of fraternal love.”

The small number of priests and religious who have yielded to the demons into their souls and those who have enabled them have not only violated their Sacred Vows and Orders but have denied those who are vulnerable the gift of Christian Charity. At our annual meeting held in conjunction with the National President’s Testimonial Dinner, the National Board resoundingly approved a motion to hold another Day of Prayer and Fasting in solidarity with the victims of the sexual abuse crisis in the Catholic Church and to continue to do so until the scourge of sexual abuse is eradicated from the Church. 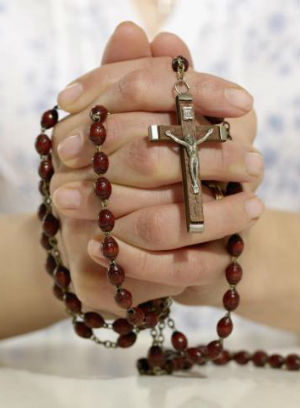 Therefore, the Ancient Order of Hibernians in America, Inc., and its National Board and Officers call upon its membership to engage in a Day of Prayer and Fasting for the victims of the sexual abuse crisis in the Catholic Church on Sunday, December 8, 2019, the Feast of the Immaculate Conception. All Hibernians who are able are asked to observe the rules for fasting on Catholic holy days. The Feast of the Immaculate Conception is an appropriate day for this observance because first, it is on a Sunday, to which we expect all Hibernians will adhere by attending Mass. Secondly, as our nation is dedicated to the Immaculate Conception, we ask our Blessed Mother to intercede on behalf of those who are victims.

St. Patrick understood in the end that God“guarded me before I knew him, and before I came to wisdom and could distinguish between good and evil. He protected me and consoled me as a father does for his son.” In the Christian Charity practiced by our Ancient Order, let us share the burden of protection for the victims of abuse and the priests and religious who surrender to the call of the Holy Spirit. Let us share their grief and suffering and resolve to bring them justice.

The National Board requests that all State, County, and Division Presidents disseminate this information to their Brother Hibernians; and we call upon St. Patrick, St. Brigid, and Our Lady of Knock to intercede for us to remain strong in the face of this crisis and lead our fellow Catholics in standing with and speaking for all those without a voice.