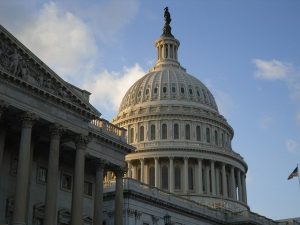 Brothers, there is no other way to start this article than with a tremendous “Thank You” for all your support that was pivotal in obtaining a stay of deportation for our Brother Malachy McAllister.  Many pundits had come to accept that Brother McAllister’s deportation on November 29th was a fait accompli, yet you by your phone calls to the White House in response to the call to action turned the tide.  The White House switchboard reported they received thousands of calls; those five-minute phone calls turned the tide to allow an Irish immigrant who has complied with all U.S. law and done nothing but contributed positively to his community to remain with his children and grandchildren.  Take pride in yourselves Brothers; you have issued a powerful refutation to every apathetic naysayer who bemoans “you cannot change things” and to sanctimonious pundits who claim that “Irish America” no longer exists.  Every one of you who called can feel proud of yourselves, those of you who could not please let this inspire you and consider getting involved the next time.  Let us remember the words of Margaret Mead “Never doubt that a small group of thoughtful, committed citizens can change the world; indeed, it is the only thing that ever has”

In that same vein Brother’s, there is another political maxim which we must remember in the coming year;  “The first rule of politics is being able to count”.  2020 will be a year of national counting through the Census.  In the 2020 census, there shall be an opportunity to specify an individual’s ethnic heritage in addition to race.  It is vitally important that every person of Irish heritage indicates “Irish” in response to this question.  As noted above, many “experts” for self-serving reasons want to make the case that the Irish have melted away into the American landscape so that Irish issues can be deprioritized in favor of other agendas.  We should not let this happen, we are Irish American, and we count.  I realize that in writing to Hibernians I am preaching to the converted, but it is vitally important to have this conversation with our children, relatives, friends, and neighbors.  We hear many people talk about Irish Pride on St. Patrick’s Day, let us remind them to be equally proud to say “I am Irish American” on their census form.

Finally, Brothers, let me conclude by noting that as I am writing this we are preparing for the joyous feast of Christmas.  May I wish you and yours a Merry Christmas and a new year full of blessings.