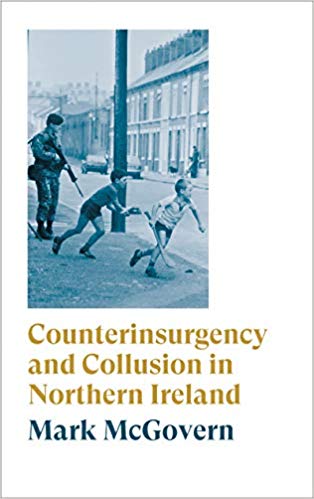 A groundbreaking new book shows Britain armed, directed, paid and protected loyalist agents to carry out murders in Tyrone and Derry, then denied blame. Professor Mark McGovern, joined by Mark Thompson of Relatives for Justice, will begin a seven state American launch of COLLUSION COUNTERINSURGENCY in NORTHERN IRELAND, on June 2nd.They will present shocking new findings in public events and Congressional meetings in a tour organized by the Ancient Order of Hibernians and Relatives for Justice, but now supported by a growing list of Irish-American groups.

A central claim used by British officials to justify their campaign during the Troubles is the statistic that crown forces were only responsible for 10% of the north’s killings. This figure, compiled decades ago, accounts for only those directly killed by British troopers or the Royal Ulster Constabulary. The number gets cited to claim the British played an impartial role in a sectarian war between nationalists and unionists. It is also used to claim that legacy investigations of killings should be artificially limited to a 10% fraction of conflict related inquiries.

Meanwhile nationalists in Tyrone, south Derry and across the north saw a pattern of murders committed with hallmarks of deep British state force collusion. Loyalist killers traveled freely in heavily patrolled areas where nationalists could not move without being stopped. Crown patrols often spiked hours before murders then vanished. Covert camera surveillance was disabled. Loyalists had precise intelligence of the sort only available to British forces, from searches of locations.

Mark McGovern, Professor of Sociology at Edge Hill University in England, studied dozens of these killings in Tyrone and South Derry, applying academic research standards. Helped by Mark Thompson and Relatives for Justice, Professor McGovern combined original eyewitness accounts, and unpublished materials, with court transcripts and British military studies to put together a shocking new look at British collusion. His findings raises questions on hundreds of murders that were attributed to loyalists, but may have been carried out as part of an overall British strategy.

Anyone familiar with any loyalist murders in Tyrone or South Derry during the late 1980s and early 1990s will find new facts detailed here. There is even new information about the murder of my own close friend, American citizen and Bronx resident Liam Ryan.

Professor McGovern and Mark Thompson will appear at a series of not to be missed events, that will include New York City, Philadelphia, Washington DC, Rutherford New Jersey, Boston, Newport Rhode Island, Fairfield Connecticut and Albany. They will reveal startling new facts and personally signed books will be available for purchase.

AOH Freedom for All Ireland Chair Martin Galvin added:
“The British deny using loyalist criminals to commit murders. Again and again victims’ families asked how else could low level loyalist killers get away with so many murders? How could criminals get through heavily patrolled areas undetected and undetectable? How did they turn off cameras, wipe tapes, and make British patrols vanish, unless these loyalist criminals were backed by planning, approval, and direction at a high level within the British military and constabulary? Victims’ families deserve to have the shocking truth told. The AOH is proud to help bring that truth to Americans who need to hear it.”

The AOH will be selling personally autographed books at a discount from the Amazon price if you can attend any of our AOH FFAI EVENTS!!!!!
If you cannot make it to one of Mark’s appearances, Counterinsurgency… is now available from Amazon.

EVERYONE CAN HELP GET CONGRESSMEN AND STAFF at DC meetings!!!!!!!!

Brothers the video below is Mark Thompson talking about the Book Launch-it says it all !

Unquiet Graves: The story of the Glenanne Gang details how members of the RUC and UDR, (a British Army regiment) were centrally involved in the murder of over 120 innocent civilians during the recent conflict in Ireland. View the trailer here (Note that there is also a showing at Hibernian House, Pearl River, NY on June 10 at 7:00 PM) 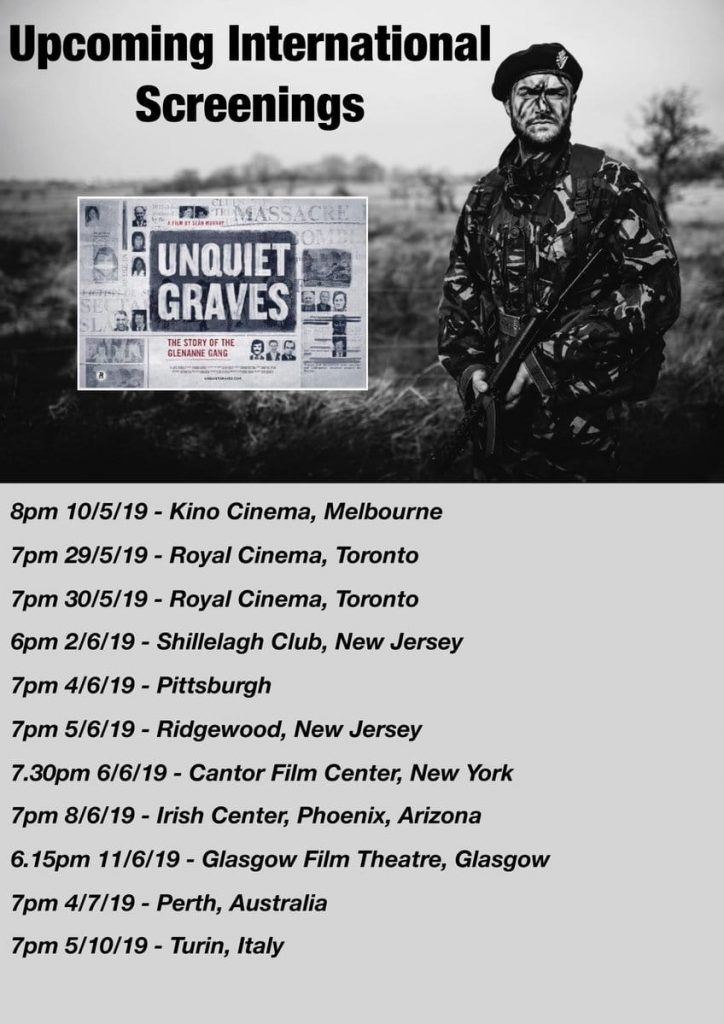