The House Foreign Affairs Committee has agreed to host an AOH requested briefing of Congressmen by Mark Thompson and Mark McGovern on November 20th open to Friends of Ireland or other members and staff.(see attached)

In addition both men will be available in Washington on the 19th and 20th for individual briefings of Congressmen as part of their six state AOH FFAI TOUR.

The Committee will host the event but stress that members of Congress only attend these briefings or hold individual meetings if they think it is important for constituents.

That means AOH -LAOH and other community activists calling and contacting their members and telling them that meeting these speakers is important to their Irish American voters in their district.

Mark McGovern is actually coming at his school’s expense because of the importance of Congressional interest at a time when Boris Johnson wants to draw a border around hopes of Irish legacy justice as well as a Brexit border.

Let’s make it important by telling our congressmen how important these meetings are to voters in their district!!!! 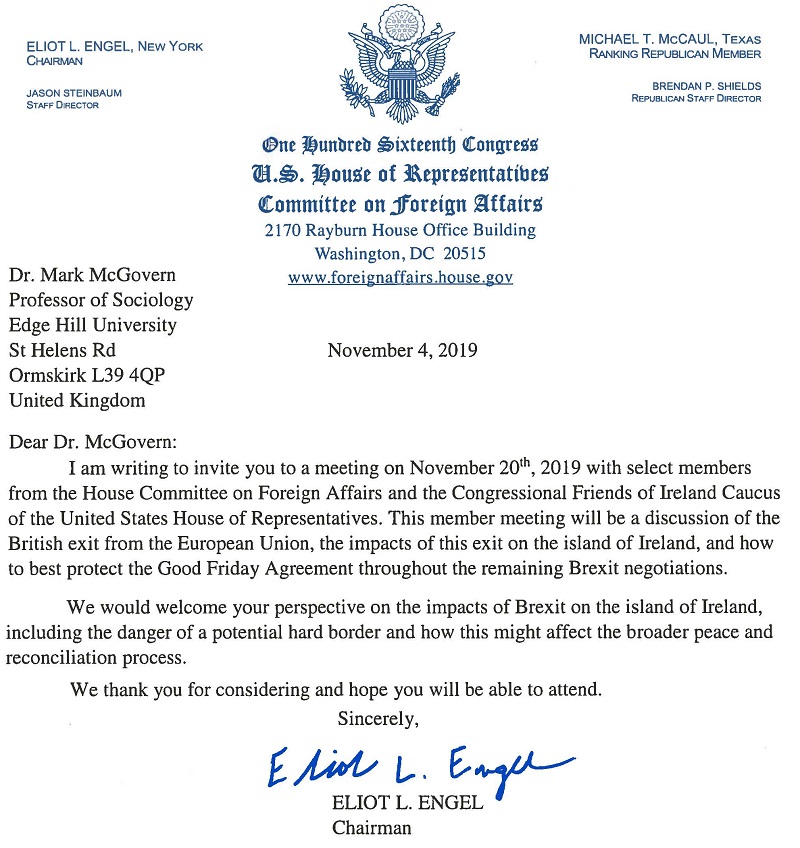