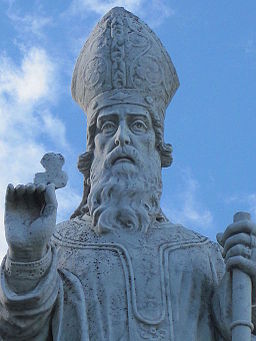 As for the snakes, although a popular legend, it is scientifically known that there never were any in Ireland, to begin with.  His connection with that legend stems from the Viking misinterpretation of his name.  Paud in the old Norse language meant a toad, and when the Vikings heard of a Saint called Paud-rig, who had lived in Ireland before their coming, they concluded it meant toad-expeller.  That was only the beginning, because the legend was reinforced by the Church’s representation of the Devil in the form of a serpent, and statues of Patrick driving the Devil out of Ireland in that form.  The fact that there were no snakes led to the question, “what happened to them,” and the answer was easily found in St Patrick’s traditional statue.  However, Patrick is more revered for what he brought to Ireland than what he drove away.  Yet he was not the first to bring Christianity . . . he was, however, the most effective. 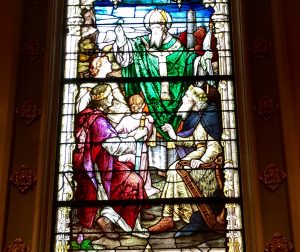