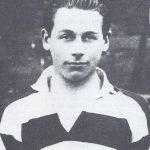 In 1920, Ireland was in the midst of a War of Independence led by Michael Collins and the original Irish Republican Army formed from post-1916 Volunteers, Hibernian Rifles and returned prisoners who’d been illegally interned after the Easter Rising. On 11 November 1919 the British government had recruited returning veterans from the recently ended Great War to strengthen the Royal Irish Constabulary (police) in Ireland and oppose the IRA. They advertized for men willing to ‘face a rough and dangerous task’ in Ireland. Many just returned from the war found unemployment and few firms needing … END_OF_DOCUMENT_TOKEN_TO_BE_REPLACED 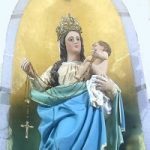 Queen Elizabeth I had outlawed the Catholic Church and it was an act of treason to shelter a priest. Sir John Bourke of Brittas, Co. Limerick was a secret member of the Rosary Confraternity of the hidden Dominicans of the City. He promoted the Rosary in his family and locality risking the enmity of the Crown by his open avowal of the Catholic Faith and protection of hunted clergy. When Elizabeth died and James, son of Catholic Mary, Queen of Scots, came to the throne in 1603, there was a pause in the persecution as James I had promised that he would not persecute “any that will be quiet and … END_OF_DOCUMENT_TOKEN_TO_BE_REPLACED 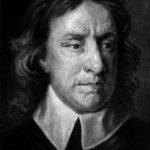 In 1649, a bitter struggle between King Charles of England and his Puritan Parliament erupted in a civil war won by a Puritan Model Army led by Oliver Cromwell. These men were the foundation of the British Army. Before that time, freelance fighters and soldiers of fortune were recruited for specific campaigns. Now a regular army was formed. British Major-General Frank Kitson wrote in his book, Low Intensity Operations, When the regular army was first raised in the 17th century, suppression of the Irish' was coupled with the defense of the Protestant Religion as one of the two main reasons … END_OF_DOCUMENT_TOKEN_TO_BE_REPLACED 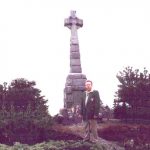 Ten years ago, on the 15th of August, 2009, members of the AOH gathered on Grosse Ile in the St. Lawrence River just off Quebec to commemorate a centennial. The American AOHs of U.S. and Canada had erected a 50-foot Celtic Cross in sensitive recognition of the thousands of Irish who sleep there in mass graves after fleeing the Great Hunger in Ireland. It was dedicated on the Feast of the Assumption, August 15, 1909 and here we were again, 100 years later, with the late Marianna Gallagher – grand-daughter of the AOH committee chairman who erected the cross – to commemorate the Centennial … END_OF_DOCUMENT_TOKEN_TO_BE_REPLACED 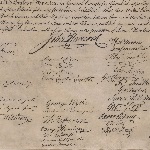 On 4 July 1776, the Philadelphia State House was packed, despite a sweltering heat, as Secretary Charles Thomson of Derry read a Declaration that Adams, Jefferson, Franklin and Livingston had composed and that he, Thomson, had drafted. It was a declaration explaining why their revolutionary action was justified. After a full day of debate, modifying copy and amendments, Secretary Thomson recorded the changes and America's Declaration of Independence was complete! The formal copy would not be ready for signature until August, but the public first heard that document read on 8 July 1776 by Col. … END_OF_DOCUMENT_TOKEN_TO_BE_REPLACED