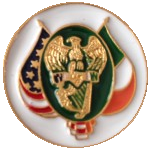 On November 20 2014, US President Barack Obama announced Executive Orders on Deferred Action for some immigrants. This serves as tremendous relief from threat of deportation for Irish families with US born Children. Also Irish work visa holders, as well as their spouses, now have eased ability to apply for permanent resident visas and move between jobs in the US, which was very difficult in the past. The Executive Order doesn't affect the undocumented status of those who arrived here after January 1 2010, parents of DACA eligible children or single Irish immigrants without US born … END_OF_DOCUMENT_TOKEN_TO_BE_REPLACED

In a few short weeks, millions of Americans, particularly children, will be engaged in the joyous celebration that is Halloween. This festive holiday is another of the gifts that Irish Immigrants have brought to America; its origin and customs dating back to the ancient Gaelic holiday of Samhain, which was not only the start of that culture’s new year, but had as its central message the struggle between the forces of light and darkness. It is with this in mind that the Ancient Order of Hibernians asks that all its members, their families and friends to boycott Spencer’s Gifts affiliate Spirit … END_OF_DOCUMENT_TOKEN_TO_BE_REPLACED

Bill O'Reilly has thrown a challenge to all Hibernians; stating that part of the reason our Heritage is subjected to abuse that would not be tolerated if the target was any other ethnic group is because there is "No Organized Irish Concern" that defends Irish Heritage and culture.  Well Mr. O'Reilly, there is a "Organized Irish Concern" that has been defending our faith and heritage since 1836: The Ancient Order of Hibernians.  Brothers, how will you answer the challenge?  Are we going to let it be said that we care less about our Heritage than other groups?  Will we by our silence encourage … END_OF_DOCUMENT_TOKEN_TO_BE_REPLACED 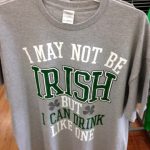 Brothers, I would like to update you on an item from the last issue of Hibernian Digest.  As you will recall Walmart was selling several shirts fostering negative stereotypes and promoting ignorant misrepresentations of Irish Americans.  Among the items sold was a shirt “I May Not Be Irish, but I Can Drink Like One”, another “Blame the Irish for My Behavior” and finally what has to be the hands down winner in the questionable judgment/bad taste award the shamrock festooned “Irish I Could Drink” Maternity top.    We had sent a letter on February 24th and were acknowledge with a case number that … END_OF_DOCUMENT_TOKEN_TO_BE_REPLACED

The Ancient Order of Hibernians calls on national retailer Walmart to immediately cease the sale of defaming merchandise targeting Irish Americans. Among items being sold are T-Shirts with such phrases as “I may not be Irish, but I Can Drink like One” and “Blame the Irish for My Behavior”.   These items are an outrage to those whose Irish Heritage traces to hard working Irish immigrants, not to a beer bottle, and seek in March, which is Irish American Heritage Month, to see their culture celebrated, not used as an excuse for aberrant behavior. Per AOH National Anti-Defamation Chairman Neil … END_OF_DOCUMENT_TOKEN_TO_BE_REPLACED 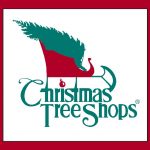 The AOH’s actions in protest to the denigrating merchandise being sold by Bed, Bath & Beyond’s  Christmas Tree Shops division were subsequently reported in Irish Central and the Irish Voice; bringing our commitment to defend our heritage to the attention of the  broader Irish and Irish American community.  This evening we received a message from Bed, Bath and Beyond stating they are removing the offensive  items from their shelves and will sensitize their buyers as regard items which are defaming  and promote negative stereotypes against Irish Americans. Brothers, this is a step in the … END_OF_DOCUMENT_TOKEN_TO_BE_REPLACED

The first signs of spring and the forthcoming St. Patrick’s Day season have been spotted; the sale of merchandise defaming our proud heritage as Irish Americans has begun.  Several items denigrating Irish Americans and the feast of our Patron Saint were recently seen at a Christmas Tree Shop, which is a subdivision of major retailer Bed, Bath & Beyond.  Among them were a four leaf clover festooned beer glass with the phrase “I’ll be Irish in a few Beers”, a set of green suspenders with two shot glasses attached and the phrase “Irish for the Day” and the most egregious of all a “St. … END_OF_DOCUMENT_TOKEN_TO_BE_REPLACED 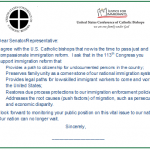 Now is the time to pass just and compassionate immigration reform Take Action! Send this electronic postcard to your U.S. Representatives and Senators asking that they pass just and compassionate immigration reform legislation in the 113th Congress. Simply click on the postcard below or the “Take Action” link on the right to send the postcard. Go to www.justiceforimmigrants.org for more information. After you have sent the postcard to your Washington, DC lawmakers, forward this message to your email contacts throughout the country and urge them to send the e-card to their U.S. Senators … END_OF_DOCUMENT_TOKEN_TO_BE_REPLACED 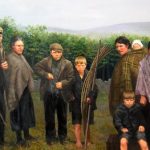 An Gorta Mor Award APPLICATION Hibernian Hunger Project of the Ancient Order of Hibernians Funded Through the Hibernian Charity Description of Award  “The An Gorta Mor Awards were created by The Ancient Order of Hibernians in America’s Hibernian Charity to honor the people of Ireland who survived the Great Hunger and initiated the Irish Diaspora, those who were forced to flee Ireland, in our case to North America, to survive the starvation and disease.  It is our belief that no other people on earth have more awareness or empathy for those in need than the Irish and the foundation of the … END_OF_DOCUMENT_TOKEN_TO_BE_REPLACED 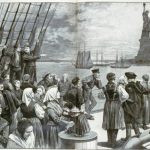 Your help on Comprehensive Immigration Reform is still needed. Sincere thanks to the many Hibernian Brothers and Sisters who have already made calls to their Congressional Representatives on Comprehensive Immigration Reform. If you have yet to make the call, here are the simple, yet important, steps:   1) Please call your member of the House of Representatives today. The number for the Congressional Switchboard is (202) 224-3121. 2) Give your zip code when requested and ask to speak to your Congressman’s Office. 3) When directed to that Office, ask to speak to the Legislation Officer … END_OF_DOCUMENT_TOKEN_TO_BE_REPLACED 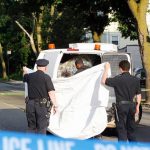 June 20, 2013 The Honorable Michael R. Bloomberg Mayor, City of New York City Hall New York, NY 10007     Dear Mayor Bloomberg:   As the National Anti-Defamation Chairman of the Ancient Order of Hibernians, the oldest and largest Irish American Catholic Organization in America,   I am writing to you regarding the tragic and reprehensible event that occurred on 16 June in the Bronx.   As I hope you are by now aware, on that date a young Irish immigrant, Kevin Bell, was struck and killed by a hit-and-run motorist.  The loss of anyone so young, especially by all accounts a … END_OF_DOCUMENT_TOKEN_TO_BE_REPLACED

OSU prez jabs Notre Dame, Catholics   May 31, 2013 Governor John R. Kasich Riffe Center, 30th Floor 77 South High Street Columbus, OH 43215-6117 Governor Kasich:   I am writing to you as the national Anti-Defamation Chairman of the Ancient Order of Hibernians, at 35,000 members the largest and oldest Irish Catholic Organization in America, regarding the recent comments by President E. Gordon Gee of Ohio State University.  As you are no doubt aware, President Gee made comments at the school’s athletic council concerning negotiations that he had with the University of Notre Dame … END_OF_DOCUMENT_TOKEN_TO_BE_REPLACED 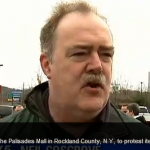 by Neil Cosgrove   New York News | NYC Breaking News I regret to say that once again our proud and noble heritage is under attack by the forces of ignorance, prejudice and corporations that will peddle anything for a dollar.  Once again Spencer’s, Urban Outfitters and Wal-Mart are selling shirts and novelties that seem to have sprung from the 19th Century pen of bigoted nativist cartoonist Thomas Nast.  Among some of the items on offer this year: A hat with “Irish Girl Wasted”  (Spencer’s) A green shamrock emblazoned shirt with “Everyone Loves a Drunk Slut” (Spencer’s) A shirt with … END_OF_DOCUMENT_TOKEN_TO_BE_REPLACED 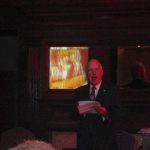 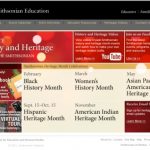 By Neil Cosgrove As I write this with the threat of a snow storm hitting the New York area, I must report that the first sign of Spring has been cited. It is not the first robin or the crocuses sprouting, but the sighting of the first defaming “St. Paddy’s Day” [sic] shirts at the local mall. From all reports this years’ crop looks to plum new lows. Among the shirts spotted were: ”Want to Get Lucky With an Irish Girl?”, “ Irish Food Stamps” (depicting chits with beer mugs on them) and “Did you hear the one about an Irishman who left a bar?...Nah, me neither”. Of course there were also the … END_OF_DOCUMENT_TOKEN_TO_BE_REPLACED 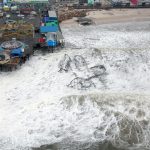 Many parts of the Northeast have been devastated. Hurricane Sandy has left us with unimaginable misery in terms of destruction, dislocation, and despair. Areas with extremely high concentrations of Hibernians truly resemble war zones where dark and heatless homes faced this frigid morning with temperatures averaging 25 degrees. I realize you have seen the tremendous loss on TV. A neighbor of mine told me that when a newscaster showed people burning their own furniture to stay warm, he had to stop looking at the evening news. But we, as Hibernians, cherish an Irish Catholic legacy that … END_OF_DOCUMENT_TOKEN_TO_BE_REPLACED 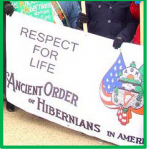 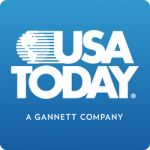 The below letter is from Anti-Defamation Chair Neil Cosgrove to the publisher of USA Today concerning the coverage of Katie Taylor's Gold Medal win at the Olympics. This letter was written before she won the Gold. Mr. Larry Kramer , President and Publisher USA TODAY Headquarters 7950 Jones Branch Drive McLean, VA 22108 Phone: 703-854-3400 Fax: 703-854-2049   Dear Mr. Kramer: The  Irish people  and Irish Americans are cheering and taking rightful pride in the accomplishments of Olympian Katie Taylor.  As a woman boxer, she is defying conventional perception of what a woman may … END_OF_DOCUMENT_TOKEN_TO_BE_REPLACED 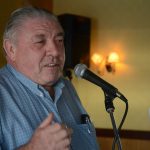 Brothers and sisters, I know many of you have seen this over the past few days. It has really gotten to the point where Urban Outfitters has been getting the heat from the Irish Community and the Irish News Media both here and in Ireland. We need to get this defamation stopped immediately. Please call, email or demonstrate in front of their stores. I have written to the CEO, sent him an email and sent an email to their customer service dept in SC. Here is all the information I have Please distribute it and use it so we can get what I asked for in my letter: Remove all the offending material … END_OF_DOCUMENT_TOKEN_TO_BE_REPLACED