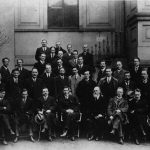 Last month, we presented the circumstances that led up to the most defining moment in Irish history. They included growing nationalism, extending voting privilege to all men over 21 and women over 30 (from 701,475 registered in 1910 to 1,936,673 in 1918) and then, the UK General election on 14 December 1918. In the Irish part of that election, Sinn Fein won 73 of the 105 contested seats to the Irish Parliamentary Party’s 6 and Unionist’s 22. It was the last all-Ireland election; it was also the first to allow women to vote, the first to elect a woman (Countess Markievicz) to the British … END_OF_DOCUMENT_TOKEN_TO_BE_REPLACED 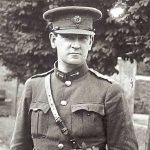 As 2018 ends, we recall that a century ago was a time of great change in Ireland. The Irish Parliamentary Party (IPP) goal of Home Rule, an Irish parliament under the Crown, was supported by many before 1916, but Britain’s reaction to the Rising struck them like an Irish Pearl Harbor. The British secretly court-martialed and murdered the leaders who should have been treated as prisoners of war; they unleashed nation-wide Martial Law treating every Irishman as a rebel and Loyalists convinced Lloyd George to break off a piece of Ireland and give it to them. The reaction was predictable – no … END_OF_DOCUMENT_TOKEN_TO_BE_REPLACED 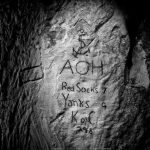 One hundred years ago this month, the War to End All Wars concluded as an armistice was signed at 5 AM on November 11, 1918. Because of the six-hour time difference, in America it was the 11th hour on the 11th day of the 11th month – a remarkable coincidence! And again, the Irish were there. Up until the United States entered World War One on 6 April 1917, there were some Irish-Americans pulling for Germany to overpower Britain; after all, the enemy of my enemy is my friend! However, loyalty to the land that adopted their families came first and foremost and when America entered the war on … END_OF_DOCUMENT_TOKEN_TO_BE_REPLACED 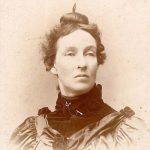 In the late 1800s, banks were charging as much as 50% interest on mortgages and Railroad rates were uncontrollably high. As a result, mid-west farmers were experiencing a downward economic spiral. In Kansas, among the frustrated farmers, one voice was heard that would unite them in search of a solution. It came from Mary Elizabeth Lease who raised her voice in defense of her Kansas farming neighbors. Mary Ellen, as she was known, was the sixth child of Irish immigrants, Mary (Cullen) and Joseph Clyens, who had fled Ireland’s Great Hunger. Born in Pennsylvania on 11 September 1850, she … END_OF_DOCUMENT_TOKEN_TO_BE_REPLACED 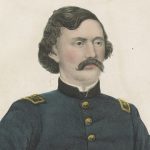 On 22 September 1864, an Irish-American Civil War officer became a national hero after losing a battle! His name was James A. Mulligan. James was born in Utica, New York, in 1829, to Irish immigrant parents. After his father’s passing, he and his mother moved to Chicago where, at age 27, James was a popular Irish-American lawyer and Democratic politician. At a time when the Irish population of Illinois was more than 87,000, he commanded the respect and allegiance of Chicago’s large Irish community. He joined a local National Guard unit called the Chicago Shield Guards and was … END_OF_DOCUMENT_TOKEN_TO_BE_REPLACED 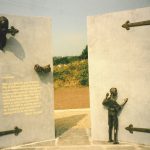 August 15 is a special day for Catholics around the world because it is the feast of the Assumption of the Blessed Virgin. It is also special for our AOH cousins in Ireland who march that day to show pride in their heritage on ‘Lady’s Day’ as it’s called. However, on that day in 1995 an historic event also took place in Derry as the American AOH and LAOH joined with the AOH Board of Erin (BOE) to march in that parade. Our National Presidents, Ed Wallace and Kathy Linton led the line of march behind the American and Irish flags alongside Hibernian leaders from Ireland, England, Scotland and … END_OF_DOCUMENT_TOKEN_TO_BE_REPLACED 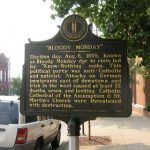 In the mid 1800s, American Party (Know Nothings) were violently against Catholic immigrants and rioting took place in many Irish neighborhoods across the country. One of the most violent took place in Louisville, KY on 6 August 1855. It was election day and nativists were against allowing Catholics to vote. Irish and German immigrants, most of them Catholic, made up nearly a quarter of Louisville’s population of 43,000 at the time, but most native-born residents were Protestant and many were members of the American Party. George Prentice, editor of the Louisville Daily Journal newspaper, a … END_OF_DOCUMENT_TOKEN_TO_BE_REPLACED 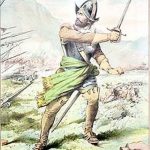 The 17th century dawned in Ireland during the 9 years war of the northern Chieftains against the Crown. By 1602 that conflict was over; Red Hugh O'Donnell had been poisoned, the Irish had capitulated, and Queen Elizabeth was dead. Against the treachery that threatened their heirs and families, the noblest Chieftains of the north   The O'Neill, the O'Donnell, and the Maguire   left Ireland forever in what became known as the Flight of the Earls. The Irish were leaderless, the Clan system had been broken, the great Gaelic Houses destroyed, and a foreign power had been established … END_OF_DOCUMENT_TOKEN_TO_BE_REPLACED 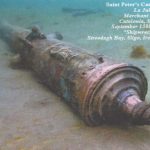 Dubh (Doov) in the Irish language means dark or black and is used to describe someone by the color of their hair as in Roisin Dubh (Dark Rosaleen) or Hugh Dubh O'Neill (Black Hugh O’Neill), an Irish patriot of the 17th century best remembered for his defense of Clonmel in 1650. He was also nephew of Owen Ruadh O’Neill (Owen the Red O’Neill) whose red hair was a distinguishing characteristic. Some believe that survivors of the Spanish Armada who landed in Ireland were the ancestors of Ireland’s black-haired population, but that’s not true; black hair and brown eyes were attributes of the … END_OF_DOCUMENT_TOKEN_TO_BE_REPLACED 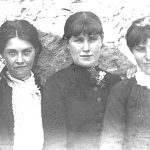 The O’Halloran sisters, Annie, Honoria and Sarah, lived with their parents and brothers, Patrick and Frank, in Bodyke, Co. Clare as tenants of the notorious Col. John O’Callaghan. Michael Davitt’s Land League forced the Irish Land Act of 1881 to allowed tenants to appeal for Court adjudicated rent reductions and, in some cases, eventual ownership. O’Callaghan charged the O’Hallorans £31 which the court ordered be reduced to £22-10s – a sum the family maintained was still unfair, since before he had raised it the rent had been £13-10s. The O’Hallorans joined in Bodyke rent boycotts and in June … END_OF_DOCUMENT_TOKEN_TO_BE_REPLACED 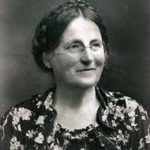 Today’s media decries the loss of several people to an Influenza virus and, while it is lamentable, there was a time when a flu virus was incredibly more deadly. The Spanish Flu pandemic of 1918 infected an estimated 500 million people worldwide (about a third of the planet's population) killing an estimated 20 to 50 million – 675,000 of whom were Americans, including 43,000 military. It also broke many AOH divisions nationwide since, at the time, they paid sick and death benefits to members. World War 1 had claimed an estimated 16 million lives, but the flu killed more than three times as … END_OF_DOCUMENT_TOKEN_TO_BE_REPLACED 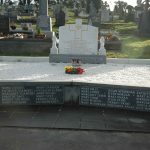 Seventy-five years ago, 35 orphans perished in a blaze in St. Joseph’s Orphanage in County Cavan. The orphanage was founded by the Poor Clares, a cloistered order of nuns, on Main Street in 1868. At the time, young delinquents could be educated and learn a trade in a reformatory, but orphaned and abandoned children were not accorded the same opportunity. The good sisters sought to address this by establishing an industrial school for girls. In the early morning of February 24, 1943, a small fire started in the laundry of the old building. Within 45 minutes it gutted the entire school, … END_OF_DOCUMENT_TOKEN_TO_BE_REPLACED 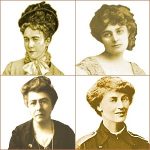 The traditional role of women in Celtic culture was one of equality in the Brehon Law. The coming of British law changed that and the subordination of women to the nursery and the kitchen began. But, there were always strong Irish women beneath it all. Those who knew the true value of Irish women never doubted their ability and the Ban naTigh (woman of the house) was a valued influence even though shuttered out of official society. The group of Irish scholars who emerged in the mid-1800s from the Gaelic Revival, translated literature from ancient Irish history and inspired a revival of … END_OF_DOCUMENT_TOKEN_TO_BE_REPLACED 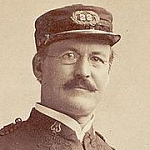 During the 1904 St. Louis World Fair, John Philip Sousa and his band dominated the entertainment, which included a young John McCormack singing at the Irish Pavilion. It was an era when America’s musical superstars were not individuals with a hit recording, but band leaders – people with the ability to not just play, but compose, arrange, and direct a musical organization. In early America, the superstars were those who led marching Brass Bands, and though Sousa was certainly one of them, he was not the first. That honor goes to a man whom Sousa himself called his mentor and whom he … END_OF_DOCUMENT_TOKEN_TO_BE_REPLACED 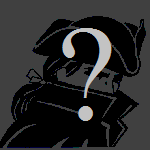 Thanks to brother Liam Murphy for sharing additional information on a man we had mentioned as one of Washington’s Irish back in July of 2009 on the New York State Website NYAOH.COM and allowing us to share it with you. The 25th of November, 1783, was the last day of America’s War of Independence. After more than seven years of occupation, the British finally evacuated New York City and General Washington, leading members of the Continental Army, entered the city in triumph. To celebrate the event, Brigadier-General George Clinton, New York’s first and longest-serving Governor and a man of … END_OF_DOCUMENT_TOKEN_TO_BE_REPLACED

On October 2, 1600 a major confrontation took place in Ireland that revealed to the English that the Irish were no longer to be taken for granted as military opponents. Though Anglo Normans controlled the south of Ireland, the major clans of the north remained unconquered and Elizabeth was determined to resolve that issue. The English captured Enniskillen, Hugh Maguire's fort at the Gap of the North - one of two main entries to Ulster. Hugh O'Donnell, Chieftain of Tyrconnell, answered his call for aid, and the two Hughs swept across Ulster driving the English before them; they broke through … END_OF_DOCUMENT_TOKEN_TO_BE_REPLACED 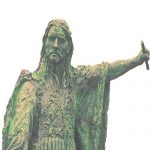 by Mike McCormack, National Historian One of Ireland’s most enduring songs was first published in 1843 in the Young Irelander newspaper, The Nation, under the title Clan Connaill War Song. Its words tell of a prolonged struggle which started in 1594, and is recognized today as the last stand that Ireland made as a nation under her own laws. Led by Red Hugh O’Donnell, in alliance with the great Ulster Chieftains Hugh O’Neill, and Hugh Maguire, the struggle became the Nine Years War, and their opponent was none other that Queen Elizabeth I. The O’Donnells were clan chieftains of Tyr Connaill … END_OF_DOCUMENT_TOKEN_TO_BE_REPLACED 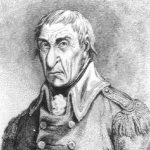 The name Napper Tandy is one that rolls easily off the tongue; it has a certain ring to it. It is remembered by many for its use in the song, 'The Wearing Of The Green' where we sing: 'I met with Napper Tandy, and he took me by the hand, And he said 'How's poor old Ireland, and how does she stand, 'Tis the most distressful country for it's plainly to be seen, They are hanging men and women for the Wearing of the Green.' I dare say most know nothing further about the man behind this lyrical name.  However, he was one of Ireland’s most dedicated patriots and he died on August 24, 1803, … END_OF_DOCUMENT_TOKEN_TO_BE_REPLACED 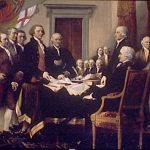 The name of Charles Thomson is not as familiar today as it was in the early days of America when it was widely known and respected. Born in County Derry, Thomson was one of the most influential men of the entire American Revolution. He served as Secretary of the Continental Congress for over 15 years (the entire life of that body) and was, in fact, the Chief Executive of the American Government several times between 1776 and 1789. During brief illnesses of the Congress Presidents and after John Hancock's resignation from the post in 1786, Thomson served as President, the highest office in the … END_OF_DOCUMENT_TOKEN_TO_BE_REPLACED 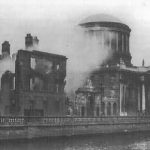 Sinn Féin won 73 out of the 105 Irish seats in Parliament in the post-war General Election in December, 1918. They refused to sit at Westminster and instead set up their own government called Dail Eireann on 21 January 1919. On that same day the War of Independence began. After almost three years of brutal warfare, with British atrocities on a civilian population that they felt supported the Dail, the British were beaten to the bargaining table and a treaty was signed. The treaty created the Irish Free State, a self-governing Dominion of the Empire; it was approved by the Dáil 64 to 57 on 7 … END_OF_DOCUMENT_TOKEN_TO_BE_REPLACED